LOUIS E. MILLER (April 30, 1866-May 22, 1927)
The adopted name of Efim Bandes, he was born in Vilna.  He received a secular education.  In his early youth he was introduced by his older brother, Lev Bandes, to the revolutionary movement, and around 1880, because of his political activities, he had to go abroad.  He lived in Berlin for a time, later making his way to Switzerland, where he became acquainted with Russian emigré revolutionaries.  He then moved on to Paris where he worked in various trades.  Around 1886 he arrived in the United States, settling in New York.  His first years there, he worked in a sweatshop, stitching shirts, and in the evenings he studied law.  He was active in the socialist movement, initially a member of the Russian socialist groupings: the Russian Labor Lyceum, the Russian-American League, and the “Progresivnii Rabochii Soyus” (Progressive labor union).  In 1888 he joined the Socialist Labor Party (S.L.P.) and was active in the Russian Branch 17 of the party in New York.  In 1889 he was selected by New York socialists as a delegate to the International Socialist Congress in Paris, at which he delivered a report on the socialist movement in America.  In 1886 he had been one of the founders of the first Jewish Shirt Makers’ Union, and he regularly thereafter contributed as an organizer and speaker—in both Russian and Yiddish—to the establishment of the American Jewish trade union movement.  In 1890, together with Philip Krants, Morris Hillquit, and Ab. Kahan, he founded the first American Jewish social-democratic weekly: Arbayter tsaytung (Workers’ newspaper).  He practiced law in New York, but he derived no love from his profession and derived primary satisfaction in political and community life and in journalism.  He wrote articles and essays for Arbayter tsaytung and from 1894 for Abend blat (Evening newspaper), a daily put out by the Socialist Labor Party in New York from 1894 to 1902.  Miller was also a cofounder of the United Hebrew Trades (Fareynikte yidishe geverkshaftn).  During the crisis in the American Jewish labor movement, Miller was one of the leaders of the opposition to the De Leon faction, and at the historic meeting of the Jewish section of the S.L.P., he emerged as the principal accuser of the Arbayter tsaytung Publish Association.  Soon thereafter Miller departed for Europe and studied medicine for a time in Berlin, but soon the crisis in the Jewish labor movement so flared up that the “opposition” found it necessary to summon Miller back from Europe, so that he would come make peace.  In fact, he did work out a peace compromise, which did not, however, last for long, and later there was a split and the “opposition” established the Forverts (Forward) on April 22, 1897, with Miller as one of the main organizers of the newspaper; several times each week, he wrote editorials for it, and when the first editor, Abraham Kahan, resigned for a short time (August 1897), Miller became editor of the Forverts.  When Kahan, five years later, was appointed editor of the newspaper, the long friendship between these two important labor leaders and writers cooled.  Intrigue and conflict between them ensued, and Miller withdrew from the Forverts.  In 1905 Miller became editor of a new daily newspaper: Di varhayt (The truth).  He ran the newspaper in the direction of Jewish nationalism [Zionism] with socialist sympathies.  The newspaper contained reading material both for nationally-minded Jewish intellectuals as well as for the simple reading public.  Its circulation approached 100,000.  During WWI Miller took the stance of opposition to Germany and sympathy for the Entente, but Jewish readers in the first years of the war opposed the Entente, because Tsarist Russia was partner to it.  The circulation of Di varhayt began to plummet, and Miller left the newspaper.  In 1916 he established Millers vokhnshrift (Miller’s weekly)—fifty-nine issues appeared over the course of 1916-1918—and later the daily Der fihrer (The leader) which did not enjoyed a long life.  In 1925 Miller brought out the daily newspaper Di naye varhayt (The new truth), a tabloid full of pictures, but it ceased publication that same year.  He later became a special editorial writer for Tog (Day).  Over the course of his writing career, Miller also penned reviews and essays concerned with Yiddish theater, and he often took part in the passionate discussions carried out at forums and in the press over issues concerned with the Yiddish stage.  He also wrote plays for the theater.  In 1899 his play Di getsendiner (The pagan) was staged; in 1902 his play Liza karlin, oder di payatsn in tsheri strit (Lisa Karlin, or the clowns on Cherry Street) and in 1914 his Der moser (The informer) were produced.  He published in book form: Naye un alte palestina (New and old Palestine), a travel narrative, earlier published in Di varhayt, with illustrations (New York, 1912), 218 pp.; Der moser, “a drama in four acts” (New York, 1914), 96 pp.  He also translated Paul Lafargue’s Dos rekht af foylheyt (The right to be lazy [original: Le Droit à la paresse]), which was published together with a poem by A. Lyesin (New York: Russian revolutionary support association, n.d.), 24 pp.  The last few years of his life, Miller suffered from a severe heart disease.  He died in a New York hospital a few days after he had a foot amputated. 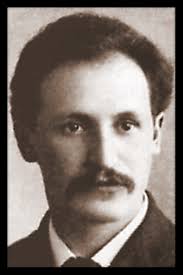