KHONEN-YANKEV MINIKES (1867-March 27, 1932)
He was born in Vilna.  At age four he began to attend religious elementary school.  At seven he was already studying Talmud and later with his father, Hirsh-Nokhum, head of the religious court in Lupts, while at the same time also studying Russian.  At fourteen he entered the Volozhin Yeshiva, where he became a follower of the Jewish Enlightenment, proceeded thereafter to travel to Germany, and with recommendations from Rabbi Yisroel Salanter, Dr. Y. Rilf (from Memel), and the Malbim [Meyer Leybush ben Yekhiel Mikhl Wisser, 1809-1879] in Königsberg, he became a member of the family of Dr. Ezriel Hildesheimer in Berlin.  Together with Shloyme-Zalmen Fuks and Yitskhok Kaminer, he founded the Hebrew association “Ahavat Tsiyon” (Love of Zion), corresponded with Perets Smolenskin, and debuted in print with an article in Hashaḥar (The dawn) in 1884/1885.  At the same time, he took an active part in providing asylum for those escape pogroms in Russia.  In 1888 he moved to the United States, where he initially worked as a teacher for Yiddish actors and later as a ticket controller in Yiddish theaters.  He helped a great deal in building Jewish unions and was one of the first delegates to the United Hebrew Trades (Fareynikte yidishe geverkshaftn).  He was active in a variety of philanthropic and cultural institutions, first and foremost the Y. L. Perets writers’ association, of which for many years he was a member of the management.  He was also very active in the “People’s Tool Campaign for the Jews in Russia” during and after WWI.  His literary activities were particularly concentrated in the publications: Minikes yontef bleter (Minikes’s holiday sheets) which he published (from 1897) over the course of thirty-five years.  They were rich and diverse in contents, although most of the pieces in these anthologies were republications.  One would encounter there Ayzik-Meyer Dik and Mendele at the same table with the youngest of the young.  Indeed, Minikes’s announcements for his “Holiday sheets” would run as follows: fifty Yiddish writers at one seder or under one succah; among the writers one would have a mixture of Hebraists, Yiddishists, anarchists, Zionists, atheists, and Orthodox.  There were no parties, directions, or tendencies, as far as Minikes was concerned, in literature.  In his last year, he began to include ever more in the “Holiday sheets” items by younger writers.  In 1895 he published in New York his theatrical work, Tsvishn indyaner oder der kontri-pedler (Among Indians, or the country peddler), “comedic vaudeville in one act, with singing and dancing, adapted for the Yiddish stage by Kh. Y. Minikes from Vilna” (17 pp.), which was staged on April 17, 1895 for his benefit at the Windsor Theater.  In 1897 under Minekes’s editorship was published Di idishe bine (The Yiddish stage), which included articles, one-act plays, poems, essays, and history of the Yiddish theater by Shomer (N. M. Shaykevitsh), Y. Katseneleboygn, Minekes himself, Aleksander Harkavy, M. Zeyfert, A. M. Sharkanski, Morris Rozenfeld, Yankev Gordin, Tashrak, B. Faygenboym, Dr. T. Sigel, Philip Krants, V. Kayzer, Zaken Gadol (Leon Zolotkof), Sambatyon, Ruvn Vaysman, Yohan Paley, D. M. Hermolin, B. Gorin, A. Shomer, and Y. Ter, among others.  It was also announced in this volume that soon there would appear in print: Nile, oder der vilner goen un di khsidim (Last prayer of Yom Kippur, or the Vilna Gaon and the Hassidim), “a great Jewish historical opera by Khonen Y. Minikes (from Vilna).  Folksongs, couplets, and patriotic poetry by Vilyas Kayzer.”  The play was never published, nor performed.  Minikes also wrote articles feature pieces, stories, and the like and published them, for the most part, in his “Holiday sheets.”  “Minikes was a worthy collegial writer.…” wrote Sholem Asch. “He would select from each writer a story or an article from among their already published material and introduce it with a few heartfelt, simple numbers concerning the holiday….  He would purposefully selected from the least well-known work that the author might himself have forgotten, and resurrect it from the dead in his periodical.” 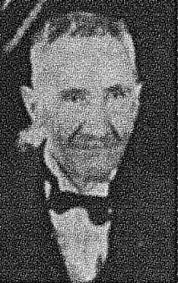