MIKHL MINTS (MICHAEL MINTZ) (1858-April 14, 1912)
The brother of Moyshe (Mozes) Mints, he was born in Brisk (Brest), Lithuania, into a well-pedigreed family.  He received a traditional Jewish education and also graduated from a secular high school.  He was a member of Bilu (Palestine pioneers, a movement to settle Jews in the land of Israel), and in 1884, after the bloody pogroms in Russia, he left with his brother Moyshe for the land of Israel.  Shortly thereafter (August 1885), he made his way to the United States.  In 1887 he founded in Chicago the Yiddish daily newspaper, Der teglekher idisher kuryer (The daily Jewish courier).  He then soon moved from Chicago to New York and began to publish the weekly newspaper, Der folks-advokat (The people’s advocate), on July 27, 1887—together with Getsl Zelikovitsh and later with his brother Moyshe.  His ambition was to create a modern Yiddish press in America.  In 1891 he began publishing the daily Der teglekher herald (The daily herald), and Der folks-advokat from that point became a weekly supplement to the new daily.  This newspaper was at that time among the most prominent liberal organs in America.  Mints was also director of the Liptsin Theater—he was the husband of the celebrated actress Kenny Liptsin—and he accomplished much to introduce better drama onto the Yiddish stage.  Business, though, went quite poorly for the theater, and he thus committed suicide. 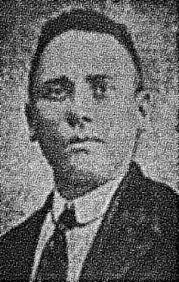