BENYOMEN-YITSKHOK MIKHALY (July 26, 1910-January 20, 1989)
The adopted name of B. Y. Dukhovni, he was born in Otik (Ataki, Otaci), Bessarabia.  Until age fourteen he attended religious elementary schools and the Kishinev yeshiva, later studying with private tutors both Jewish and general subjects.  Over the years 1933-1939, he was living in Bucharest, Romania, before making aliya to the land of Israel and settling in Tel Aviv.  From his youth he was active in Tseire Tsiyon (Young Zionists), later in the unified party of Tseire Tsiyon and the Labor Zionists in Romania.  He served as secretary of the office of the Jewish National Fund and a member of the central committee of the Labor Zionist party and of “Dror-Heḥaluts Hatsair” (Freedom-the young pioneer) in Romania.  He spent 1950-1951 on assignment from “Iḥud olami” (World union) of the Mapai party in France.  From 1951 he was director (with Y. Zerubavel) of “Arkhiyon haavoda” (Labor archives [of Histadrut]).  He served as vice-chair of the Hebrew writers’ union, and he was a member of the administration of “Bet Bialik” (Bialik House) and of various government institutions in the state of Israel.  His literary activities began in Yiddish with articles in Idishe visnshaft (Jewish scholarship) in Jassy (Iași) in 1928, later as well in Hebrew in Hamitspe (The watchtower) and Heatid (The future) in Warsaw (1929).  He was an internal contributor to Unzer tsayt (Our time) in Kishinev.  Over the years 1934-1939, he placed work in Unzer vort (Our word) and Dos naye vort (The new word) in Warsaw, in which, aside from correspondence pieces from Romania and a series of articles entitled “Di yugnt in takhrikhim” (The youth in shrouds), he also published essays on Yiddish and Hebrew literature.  He edited, 1950-1951, the daily newspaper Unzer vort in Paris.  He also contributed work to: Di goldene keyt (The golden chain) in Tel Aviv; Der idisher kemfer (The Jewish fighter) in New York; Davar (Word), Hapoel hatsair (The young worker), Almanakhn (Almanacs) of the Hebrew writers union, Masa (Essay), Lemerḥav (Into the open), Gilyonot (Tablets), Dorot (Generations), Karmelit (The Carmelit [yearbook of the writers’ association in Haifa]), Gazit (Hewn stone), and Moznaim (Scales)—all in the state of Israel.  He edited: the monthlies Tarbut (Culture) and Nativ (Pathway)—in Bucharest (1939); the anthology of Holocaust poetry Belel zeh (On this night) (Tel Aviv, 1945), 123 pp.; and Antologya tanakhit (Biblical anthology), 3 volumes (Tel Aviv, 1954-1963).  Together with Yaakov Fikhman, A. Meytus, and A. K. Bertini, he co-edited ten volumes of Yiddish and Hebrew Bessarabian writers (Buenos Aires, 1946-1952); and, together with N. Goren, he edited a special issue of Komemiyut (Independence), organ of the writers’ union) in 1952.  His books include: Olamam shel bene haarets (The world of the people of the land [of Israel]) (Tel Aviv, 1950), 100 pp.; Yaakov fikhman beshir uvemasa (Yaakov Fikhman in song and essay) (Tel Aviv, 1952), 98 pp.; Leyad haavnayim, demuyot uveayot besifrutenu (Beside the stones, figures and problems in our literature) (Tel Aviv, 1959), 426 pp.; Ḥayim hazaz, iyunim beyetsirato (Ḥayim Hazaz, studies of his work) (Tel Aviv, 1968), 148 pp.; Demuyot utsedudiyot (Figures and sides) (Tel Aviv, 1971), 275 pp.; Masa upolemus (Essays and polemics) (Tel Aviv, 1973), 290 pp.; Mishbetsot bikoret (Slots for critique) (Tel Aviv, 1980), 303 pp.  He was the son-in-law of the Yiddish poet Mortkhe Goldenberg, who died in the Nazi concentration camp of Transnistria in the winter of 1941.  He died in Israel. 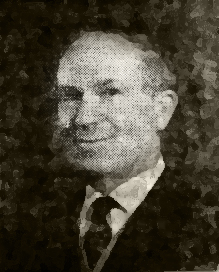