SHMUEL-YAKIR LONDINSKI (April 18, 1889-August 26, 1956)
He was born in Semyatitsh (Siemiatycze), not far from Brisk (Brest), Lithuania.  He was the great-grandson of the Modzhitser rabbi.  He studied in religious elementary school with his father (an intimate of the Gerer Rebbe), in the yeshivas of Novominsk and Lomzhe, and in Rameyle’s circle in Vilna, where he would later become a follower of the Jewish Enlightenment.  At age fifteen he joined the Labor Zionists in Vilna.  In May 1905 he was arrested and spent several months in the prisons of Vilna, Grodno, and Bialystok.  After being freed, he lived until 1910 in Warsaw where, using the party name “Ish-Ivri” (Jewish person), he took part in the Social Democratic Union of Labor Zionism.  Over the years 1911-1913, he studied in Berne and Geneva, Switzerland, before returning to Warsaw where he worked for a time as a teacher in a public school.  With the outbreak of WWI he was a cofounder of the Labor Zionists’ “Workers’ Home,” of the Workers’ Kitchen, and the evening course for adults in Warsaw.  In 1915 he broke with the Labor Zionists and until 1918 joined the Bund.  He assisted in pedagogical work at the Y. L. Perets Children’s Home (at 7 Gensze St.), and there he wrote his first children’s songs which were sung in the first Jewish children’s homes in Poland.  In 1920 he founded the publishing house of “Di Tsayt” (The times), which brought out the writings of the young writers’ group in Poland.  From 1924 he was living—with some interruptions—in Paris, where he ran a photographic press agency, was the secretary general of the Association of Polish Jewish Refugees from Germany, and managed (in 1938) a travel bureau for illegal immigration of Polish Jews to Palestine.  In the summer of 1939, he returned to Poland, but because of the outbreak of war, he left Warsaw on foot, wandered through a dozen countries, and in August 1942, physically ill and spiritually broken, he reached New York, where he lived alone and in need until his death—he lived off a meager salary for sporadic publication of Ilustrirte yontef-bleter (Illustrated holiday sheets), 8 issues (1948-1951).  His writing activities began (under the pen name “Ish Ivri”) with correspondence pieces about Jewish workers’ lives in Warsaw for Der proletarisher gedank (The proletarian idea) in Vilna (1907).  In 1910 he became a regular reporter for Moment (Moment) in Warsaw, in which he also had charge of the columns “Fun varshever arbeter-lebn” (From Warsaw workers’ lives) and “Varshever arbet un noyt” (Warsaw labor and need).  At the time of the elections to the fourth Russian state Duma, he was a traveling correspondent for Moment and for the Polish daily newspaper Przegląd codziennej (Daily overview) in Warsaw (edited by F. Mendelson).  He also contributed poetry and articles to Fraynd (Friend) in Warsaw and was wrote for Lebens-fragen (Life issues) in Warsaw (1916-1918), edited by Vladimir Medem, while he also published a series of political articles opposed to the Labor Zionist ideology.  In 1919 he withdrew from political activity and dedicated himself thoroughly to literature.  He published poetry in Haynt (Today), Moment, and Weissenberg’s Yudishe zamelbikher (Jewish anthologies) (Warsaw, 1918-1920)—among others, the poem “Shmuel hanovis gezangen” (The prophet Samuel’s songs).  He contributed to numerous literary publications in Poland (until 1923).  From the autumn of 1924, he placed pieces in: Fraye arbeter-shtinme (Free voice of labor), Tsukunft (Future), Der tog (The day), Der proletarisher gedank, Morgn-zhurnal (Morning journal), Tog-morgn-zhurnal (Day morning journal), Der amerikaner (The American), Yidishe kultur (Jewish culture), Kinder-zhurnal (Children’s magazine), Kinder-tsaytung (Children’s newspaper), Ilustrirte yontef-bleter, Vayter (Further), Zayn (To be), Poylisher id (Polish Jew), Nyu-yorker vokhnblat (New York weekly newspaper), and Idisher kemfer (Jewish fighter)—in New York; Der shpigl (The mirror) and Ilustrirte literarishe bleter (Illustrated literary sheets)—in Buenos Aires; Keneder odler (Canadian eagle) in Montreal; and Idisher zhurnal (Jewish journal) in Toronto; among others.  He edited the French Jewish periodical Der poylisher yid (The Polish Jew) in Paris (1934-1936).  In book form: Kinder-lider un kinder-gedikhten (Children’s songs and children’s poems), edited and with a foreword by Yankev Dinezon (Warsaw, 1919), 54 pp., which appeared in four editions (the songs, with music by Leo Lyov, M. Shneur, Yoysef-Shloyme Glatshteyn, Avrom Davidovitsh, and Mikhl Gelbart, were sung in the Jewish children’s homes and elementary schools in Poland until 1939); Flamen (Flames), songs and poetry, with illustrations by H. Berlevi (Warsaw, 1920), 115 pp.; Lider fun yidishe zelner (Songs of Jewish soldiers), designed by Artur Shik and Leopold Gotlib (Paris, 1931), 95 pp.; In pariz (In Paris), songs and poems, with a foreword by Y. M. Weissenberg and drawing by Roman Kramtshik and Z. Shapiro (Warsaw, 1938), 250 pp.; Lider fun a flikhting (Songs of a refugee) (New York, 1945), 256 pp.; Ester hamalke in shpigl fun doyres (Queen Esther in the mirror of generations), “historical mosaic in dramatic poems,” 32 images with forty artistic adornments (New York, 1952), 272 pp.  He translated from Russian into Yiddish: Nasha platforma (Our platform), the party program of the Labor Zionists (Warsaw, 1915); Karl Kautsky, Diktatur fun proletaryat (Dictatorship of the proletariat [Diktatura proletariata]) (Warsaw: Lebens fragen, 1919), 132 pp.; Karl Marx, Loyn-arbet un kapital (Wage-labor and capital [Naemnyi trud i kapital]) (Vilna, 1922), 40 pp.  Londinski’s songs were translated into Polish, Russian, and French.  In his last years he turned his attention to painting and drawing.  He also published under such pen names as: Ben-Bene, Dr. Avrom Shpigelman, and Sh. Lonski.  He died in New York. 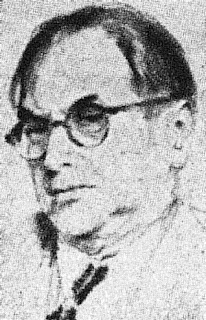