MALKIEL LUSTERNIK (1911-summer 1942)
He was born in Lodz, Poland, into a home of Zionist followers of the Jewish Enlightenment.  He studied in Yitskhok Katsenelson’s Hebrew school, later graduating from a Polish Hebrew high school in Lodz, and then he studied humanities and early literature at Warsaw University.  Under the influence of Katsenelson, he began in 1927 to write poetry, first in Hebrew and later also in Yiddish.  He published the Hebrew poetry in Baderekh (On the road) in Warsaw, and the Yiddish poems in publications of the young Yiddish writers’ group in Lodz.  He later contributed as well to: Lodzer tageblat (Lodz daily newspaper) and Nayer folksblat (New people’s newspaper) in Lodz; and Haynt (Today) in Warsaw—both his own poems and translations of modern Hebrew poetry.  He also translated into Hebrew from modern Yiddish poetry, mainly from the Lodz poets (Broderzon, Rabon, Kh. L. Fuks, Yisroel Shtern, and others).  He contributed to the yearbook Sefer hashana leyehude polaniya (Yearbook for Polish Jews) (Warsaw, 1934-1936), as well as in the Polish Jewish press in Poland.  He was editor of the Hebrew-language anthology Reshit (Beginning) in Lodz (1933), in which he wrote about Yiddish literature.  He was a member of the editorial board of the quarterly Teḥumim (Boundaries) in Lodz-Warsaw (1937-1939).  In book form: A. d. gordon, zayn lebn un shafn (A. D. Gordon, his life and work) in Yiddish and Polish (Warsaw, 1935?), 48 pp.; Sufat aviv, shirim (Spring storm, poems) (Lodz-Warsaw, 1937), 96 pp.  When the Nazis seized Lodz, Lusternik fled to Warsaw, and in the Warsaw Ghetto he was active in Jewish community life.  He was a cofounder—with Elkhonen Tsaytlin, Dr. Hillel Zaydman, and others—of the Zionist Hebrew underground group “Tekuma” (Resistance).  In the summer of 1942 he made an attempt to sneak out of the ghetto, but he was seen by the German guard and shot by the ghetto gate. 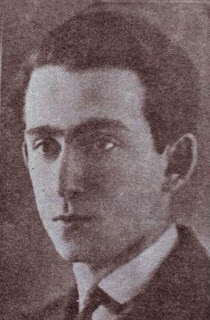