HERMAN BERNSHTEYN (BERNSTEIN) (September 21, 1876-September 1, 1935)
He was born in Nayshtot-Shirvint (Rus. Vladislavov) at the Russian-Prussian border, a grandson of the well-known Yiddish-Hebrew author Tsvi-Hirsh Bernshteyn.  At age eight his family settled in Mohilev, and in 1893 he emigrated to the United States.  He began his literary activities in English in 1899 with a series of short stories in the Evening Post.  In book form, he published In the Gates of Israel, Stories of the Jews (New York, 1902).  He translated into English works by Tolstoy, Chekhov, Gorky, Andreev, and others.  He made a name for himself in the world of American newspapers with articles concerning the condition of Jews in Tsarist Russia, which he visited as a special correspondent for the New York Times.  As the secretary of the American Jewish Committee, he played a role in settling the controversy between Russia and the United States over the question of visas for Jews who were citizens of the United States.  In November 1914 he was one of the founders and the first editor of the newspaper Der tog (The day) in New York, although he alone wrote no Yiddish for it.  He attempted in 1918 to found a new daily Yiddish newspaper, Haynt (Today), which existed only for a few weeks.  He later returned to the English and the English-Yiddish press.  He edited the weekly, The Jewish Tribune, but his correspondence pieces, interviews, and articles usually appeared in Tog.  He wrote an introduction to Mendel Beilis’s book, Di geshikhte fun mayne leydn (The story of my sufferings) (New York, 1931).  He was also editor of the American Hebrew and the American Jewish Yearbook.  For a certain period of time, he served as envoy from the American government in Albania. 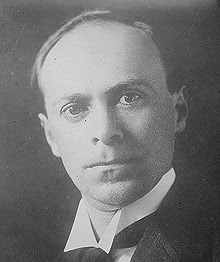