ADOLF BERMAN (October 17, 1906-March 4, 1978)
Born in Warsaw, he graduated from Warsaw University.  He served as director of the Jewish Psychotechnical Institute in Poland.  He was a member of the presidium of the Jewish underground movement in Warsaw during the German occupation.  He was a deputy to the Polish Sejm after WWII, chair of the central committee of Jews in Polish, and chair of the left Poale-Tsiyon Party in Poland.  From 1949 he was living in Israel.  He was a member of the Knesset.  Initially he was a member of Mapam, later a co-founder of Moshe Sneh’s Communist group.  He published in Arbeter-tsaytung (Workers’ newspaper) in Warsaw, Arbeter-tsaytung in Lodz, Nay-velt (New world) in Tel Aviv, and Fray yisroel (Free Israel) in Tel Aviv.  He served on the editorial board of Dos naye lebn (The new life) in Lodz (1945-1948), and he contributed the article on “Warsaw” to the Entsiklopediya shel galut (Encyclopedia of the Diaspora), vol. 1 (Tel Aviv, 1953).  He authored: Vos der goyrl hot mir bashert, mit yidn in varshe, 1939-1942 (The fate destined for me, with Jews in Warsaw, 1939-1942) (Haifa: Bet loḥame hagetaot, 1980), 328 pp.  This work appeared in Hebrew translation by Sh. Even-Shoshan, Bamakom asher yaad li hagoral, im yehude varshe, 1939-1942 (Tel Aviv, 1978).  He also brought out: Miyeme hamaḥteret (Days in the underground), translated by others (Tel Aviv, 1971), 240 pp.  He also wrote a great deal for the leftwing Polish press in Poland and for the Hebrew-language press in Israel.  He died in Tel Aviv. 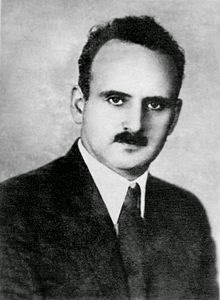