SIMKHE-BUNIM PYETRUSHKA (SYMCHA BUNIM PETRUSHKA) (October 1893-April 10, 1950)
He was born in Praga, near Warsaw, Poland.  Until age sixteen he studied in yeshivas and gained a reputation as “the Praga prodigy.”  He acquired secular knowledge and foreign languages with private tutors and on his own.  In 1917 he graduated from Sh. A. Poznanski’s rabbinical seminary.  For a time he worked as an educator and librarian in the institutions of Warsaw’s Great Synagogue and revised for Warsaw University library its immense bio-bibliographic catalogue.  He spent 1926-1927 in the land of Israel.  He visited the United States for a short time in 1927 and then returned to Poland.  He lived there until the summer of 1939, several weeks before the outbreak of WWII.  From July 1939 until the summer of 1940, he resided in New York, later settling in Montreal where he continued his studies.  In 1945 he received his doctoral degree from the Jewish Theological Seminary in New York.  His journalistic activities began with the daily newspaper Nayes (News) in Warsaw in 1912 (published by the assimilationists during the elections for the fourth Duma).  Aside from editorial articles on politics, as well as community and contemporary Jewish topics, he also published there translations from Polish literature and a series of popular science essays (some of which were included without his name in Familyen-biblyotek [Family library], published by “Yehuda”).  In 1916 he was among the main contributors to the Aguda’s Dos yudishe vort (The Jewish word) and later to Der yud (The Jew) in Warsaw.  Although his entire life he was a Zionist in spirit, in 1922 he came out in opposition to the “Zionist bloc with the ethnic minorities” and published with Hillel Tsaytlin the political weekly newspaper Der blits (The flash) in Warsaw.  From 1923 he was connected to Haynt (Today) in Warsaw.  At the time of the fourth aliya and rising Jewish destitution in Poland, he made a name for himself with his letters from the land of Israel which exposed the prevailing conditions and brought help to thousands of Jews emigrating from Poland.  Petrushka contributed to and co-edited a number of publications for Haynt, among them Velt-shpigl (World mirror), Altnayland (Old-new land), Handels-tsaytung (Business newspaper), and Hayntike nayes (Today’s news).  Over the years 1926-1939, he served as the Warsaw correspondent for: Tog (Day) in New York; Di tsayt (The times) in London; and other serials.  He published essays on historical and scientific topics, mainly concerned with Jewish learning.  He translated and elucidated in a traditional manner all six orders of the Mishnah.  His books include: Erets-yisroel, algemeyne beshraybung fun heyligen land in historisher belaykhtung (The land of Israel, a general description of the Holy Land in a historical light) (Warsaw, 1921), 64 pp.; Yudishe geshikhte (Jewish history), adapted from a German publication by Dr. A. Kotek (Warsaw, 1921), 390 pp., which appeared in a number of editions, the last in Warsaw (1935); Yudishe entsiklopedye, far yudishe geshikhte, kultur, religye, filozofye, literatur, biografye, bibliografye un andere yudishe inyonim (Jewish encyclopedia, for Jewish history, culture, religion, philosophy, literature, biography, bibliography, and other Jewish matters) (Warsaw, 1932-1935), four volumes, later published in two volumes as Yidishe folks-entsiklopedye (Jewish people’s encyclopedia) (Montreal, 1943), each volume 968 pp., revised edition (1949); Mishnayes, mit iberzetsung un peyrush in yidish (The Mishnah, with translation and commentary in Yiddish), six volumes (Montreal, 1945-1949), the most basic and most popular explanation of the six orders of the Mishnah in Yiddish.  For this last work, he was awarded the Y. Lamed Prize for 1950 (when the second edition appeared).  He was editor of: Der emigrant (The emigrant), a weekly newspaper dedicated to issues of Jewish emigration (Warsaw, 1920-1921); and Tevuna (Wisdom), a Jewish studies journal (Warsaw, 1920-1922).  He translated into Yiddish: Dr. Lehman, Rabi yozelman (Rabbi Yozelman), a novel (Warsaw, 1924); V. Soloviev, Dertseylungen (Stories) (Warsaw, 1925); Dr. Kotek’s history of the Jews (see above).  He also wrote under such pen names as: Plony-Almony, Sh. Prager, Petrushkin, Ish Yehudi, Yurist, Bankovyets, and Kalif.  He died in Montreal, Canada.
“In Montreal,” wrote Moyshe Shtarkman, “Petrushka realized his dream of publishing a ‘Jewish People’s Encyclopedia,’ a handbook that would give the Jewish people in a short and popular form the most important information concerning everything connected to Jewish life and creations of the past and present.  The two volumes…are a magnificent feat, and one can only marvel at how one man under the most difficult of circumstances accomplished something which in other instances only an entire staff of writers and researchers could have time for….  His own mastery of Jewish history, culture, and scholarship withstood the test.  His journalistic experience carried him further to the point that he might relay all of this in less difficult language….  Petrushka undertook to provide not only the Yiddish translation of the Mishnaic text, but also to accompany it both with the original and the translation with a comprehensive commentary, just as exacting as a scholar, such that intelligent people can not only read the translation but also study the Mishnah itself.  Petrushka’s commentary is itself an independent scholarly accomplishment….  Many of the Jewish laws…may be clear to contemporary readers and students only when placed in their historical setting; that meant making historical and social excursions, and describing the living situation, the customs, and folklore of the past in ancient Israel and in neighboring countries.  And, this is just what Petrushka has done.  For each individual tractate Petrushka provides an appropriate preface which introduces the reader to the main matters under consideration….  Where there is more than one version of the Mishnaic text, he mentions this in the commentary….  Petrushka provides the source text in the most exacting translation possible.” 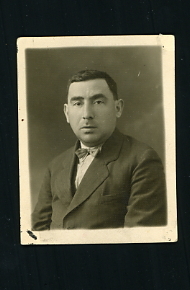