KOPL SH. (KOPPEL) PINSON (February 11, 1904-February 5, 1961)
He was born in Pustave (Pastavy), Vilna district, Lithuania [now, in Belarus].  In 1907 he came with his father to the United States.  He studied in yeshiva, Gratz College in Philadelphia, and the University of Pennsylvania.  He received his doctorate from Columbia University in New York in 1934.  From 1937 until his death, he was connected to Queens College, initially as an instructor and from 1949 as a full professor of history.  He penned a number of English-language works on history generally and specifically in the field of Jewish history, among them: Essays on Anti-Semitism (New York, 1946), 269 pp.; Shimon Dubnow, Nationalism and History: Essays on Old and New Judaism (Philadelphia, 1958), ed. Pinson. 385 pp.; and A Bibliographical Introduction to Nationalism (New York: Columbia University Press, 1935), 70 pp.  He served as UNRRA’s cultural director (1945-1946) for Jewish affairs in the displaced persons’ camps for Holocaust survivors and helped rescue valuable Yiddish books for YIVO in New York.  From 1946 until his death, he was a member of the director’s council of YIVO.  He published in Yivo-bleter (Pages from YIVO) in New York a number of important articles in the field of Jewish history, among them on Sh. Dubnow’s theories in light of our times: Yivo-bleter 34 (1950), pp. 9-20.  His Yiddish works were translated from English.  For several years he edited Yivo Annual and the Encyclopedia for the Social Sciences, among other works.  He died in New York. 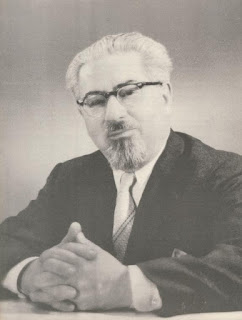