DAN PINES (March 15, 1900-October 14, 1961)
He was born in Warsaw.  He attended the yeshivas of Slonim and Rozhinov (Ruzhany?), Kahan’s Hebrew high school in Vilna, and universities in Moscow and Kharkov.  At the time of the revolution, he directed self-defense in Potshep (Pochep), Ekaterinoslav, and Oryol (Orel).  He was among the young generation of Zionists, the “Tseire Tsiyon,” who became “Asire Tsiyon” (Prisoners of Zion).  From 1921 to 1930 he was secretary-general of the legal and illegal pioneers in Russia and Ukraine.  He organized numerous training events for prospective agricultural emigrants to Palestine in Ukraine and Byelorussia.  He edited the publications of Haḥaluts (The pioneer) and was the soul of the movement.  Because of his activity, the Cheka and GPU [successive agencies of the Soviet secret police] arrested him on many occasions, such as in: Briansk (Brańsk), Kharkov, Vinitse (Vinnytsa), Homel (Gomel), Vitebsk, Smolensk, Crimea, Moscow, Ekaterinoslav, and Tomsk.  In 1926 the Yevsektsye (Jewish section) in Rostov-on-Don put him on trial by the community.  With his logical and courageous argumentation, Pines emerged there not as an accused but as an accuser.  He was nonetheless sentenced to three years exile in Narim, Siberia.  After intercession, Smidovitsh, standing in for the Soviet president, replaced Pines’s exile in Narim to Tomsk (the main city of Siberia).  Nor did he cease his Zionist organizational and Zionist journalistic activities there.  He had audiences with Stalin (when Haḥaluts was still semi-legal), and he told him frequently about the status and the publications of Haḥaluts in Soviet reality.  After strenuous efforts, the GPU allowed Pines to leave the Soviet Union for the land of Israel with conditions: he had to sign a statement that he would never return to the Soviet Union, even with a legal visa; and if he so much as placed a foot on Russian soil, he would be arrested without any investigation or court trial.  In this way, in April 1930 he made aliya to Israel with his wife and son.
Already in 1916, when he was sixteen years of age, he published his first story in Hebrew in a hectographically-produced journal Shevarim (Pieces) in Ekaterinoslav.  In subsequent years, he wrote correspondence pieces for Davar (Word) in Tel Aviv, and other serials.  Over the years 1925-1928, he served as editor of Haḥaluts in Moscow.  He also placed work in such Russian newspapers as: Trud (Labor), Izvestia (News), and Krasnoie znamya (Red banner).  In Israel he assumed high-level societal and journalistic positions.  He was managerial editor of Davar (1945-1953), editor-in-chief of Omer (Speech) (1954), and founder and editor of Mada vetekhnika (Science and technology) (until 1945).  He was president of Agudat Haitonaim (Journalists’ organization) in Israel and was active in many other community and party (Mapai [Workers’ Party in the Land of Israel]) institutions.  In addition to journalism, he was also a passionate and solid researcher in Hebrew.
On several occasions over the years 1945-1949, he went on assignment from the Israeli Histadruth (Federation of labor) to the United States and held countless meetings on all manner of Jewish issues.  In 1948 day after day he appeared on the radio show “Kol-erets-yisrael” (Voice of the land of Israel).  In 1949 he lectured at a number of universities and institutions of higher learning throughout the United States primarily on modern Hebrew literature.  He published a great number of articles in such serials as: Forverts (Forward) and Idisher kemfer (Jewish fighter) in New York; Keneder odler (Canadian eagle) in Montreal; Der veg (The way) and Idishe shtime (Jewish voice) in Mexico City; and other Yiddish newspapers around the globe.  In book form (in Soviet Russia): Hahityashvut hayehudit besss”r (The Jewish settlement in the USSR) (1924); Sheelat haleshonot (The question of languages) (1925); Lean holekhet erets-yisrael (Where is the land of Israel going) (1928).  These writings by Pines in Soviet Russia appeared in print under semi-legal and entirely illegal conditions.  The brought an end to a rich era in the published Hebrew word in that country.  They were self-sacrificing resistance on behalf of the existence of the people and the language.
In Israel he published the volumes: Heḥaluts bekur hamapekha (Pioneer in the crucible of revolution) (Tel Aviv, 1938); Ma vemi (What and who) (Tel Aviv, 1941, 1952), 371 pp.; and biographies of Arn Liberman, Moses Hess, and Nakhman Sirkin.  He died in Reḥovot. 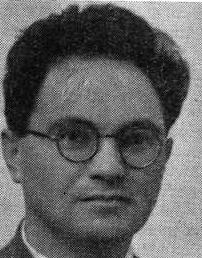