SHOLEM PERLMUTER (March 21, 1884-October 1, 1954)
He was born in Podvolotshisk (Pidvolochys’k), eastern Galicia.  He studied in religious elementary school, in the Husiatyn synagogue, and with private tutors.  In 1900 he was active in the organization “Ivri” (Jewish) and later “Aḥava” (Brotherhood).  At that time he debuted on the stage in Moyshe Rikhter’s Hertsele miyukhes (Hertsele of good family stock), Goldfaden’s production of Rabi yozelman (Rabbi Yozelman), and other plays.  He later traveled around with various Yiddish wandering troupes in the provinces of Austria, Bukovina, and Galicia.  In 1906 he came to the United States.  From 1907 to 1931, he was a prompter for a number of Yiddish theaters in New York and also for Maurice Schwartz’s Yiddish Art Theater.  In Galicia he debuted in print with sketches in Lemberger togblat (Lemberg daily newspaper) and Tshernovitser vokhnblat (Czernowitz weekly newspaper).  He wrote articles, memoirs, and biographies of actors, composers and playwrights.  He published in: Der amerikaner (The American), Tog (Day), Almanakh (Almanac), and Tsen yor artef (Ten years of the Artef [Communist-inspired Yiddish theater]) in New York; Idishe velt (Jewish world) in Philadelphia; Arkhiv far der geshikhte fun yidishn teater un drame (Archive for the history of Yiddish theater and drama), edited by Y. Shatski, in Vilna (1930).  In addition to sketches, one-act plays, and historical operas, he also wrote numerous plays—among them: Abi gezunt (As long as you’re healthy), Basheve (Bathsheba), and Mendl beylis (Mendel Beilis)—which were performed in various theaters in New York and in other cities.  He was the founder and secretary of the Jewish Playwrights’ League and the founder of the Association of Jewish Composers, Songwriters, and Publishers.  He was also a member of the executive of the Yiddish Theater Museum Society and a committee member of the Leksikon fun yidishn teater (Handbook of the Yiddish theater).  His rich theater archive is housed at YIVO under the name “Sholem Perlman Archive.”  He was the author of Idishe dramaturgn un teater kompozitors (Yiddish playwrights and composers) (New York, 1952), 400 pp.  He died in New York. 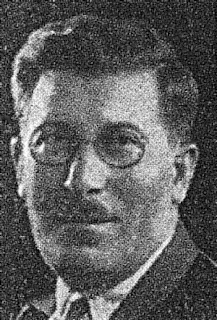