OSHER PEN (OSCAR USHER PINIS, ASCHER PENNEYS) (December 18, 1912-December 24, 1979)
He was born in Haysin (Haysyn), Podolia district, Ukraine.  He studied in religious elementary school and later in a Soviet school and with private tutors in secret after the October Revolution.  He studied civil engineering and architecture at Harvard University.  He debuted in print with a poem in the journal Yunge shprotsungen (Young sprouts), published by the literary group “Yung-kuba” (Young Cuba), of which he was one of the founders.  He contributed as well to the journal Oyfgang (Arise) in Cuba, and he founded, together with A. Aronovski and K. Shvartsapl, the weekly newspaper Havaner kebn (Havana life), of which he was later the publisher and editor until he moved to the United States in 1936.  Over the years 1933-1936, he was Cuban correspondent for New York’s Forverts (Forward).  Over the years 1937-1946, he lived in Philadelphia, and there he published and edited the journal of humor, Der shtifer (The brat); he was also a regular contributor (1938-1941) to the Philadelphia daily Yidishe velt (Jewish world), for which he was initially news editor and later managing editor.  He was employed (1942-1945) as a designer of destroyers for the American navy.  In 1945 he became a regular contributor to Tog (Day), later Tog-morgn-zhurnal (Day-morning journal), in New York, and a regular correspondent at the United Nations.  In 1946 he was editor of the monthly Der poylisher id (The Polish Jew).  From October 1964, he was a standing contributor to Forverts.  In book form: Hatuey, poeme (Hatuey, a poem) (Havana, 1931), 136 pp., about the struggle of the Indians against the white invaders (translated into Spanish in 1935); Der goldene fontan, mayselekh in ferzn (The golden fountain, stories in verse) (Havana, 1934), 116 pp.; Yidish in amerike muz geyn barg-aroyf (Yiddish in America must go uphill), essays (Philadelphia, 1941), 48 pp.; A shifboyers lider (A shipbuilder’s poetry) (New York: A. Biderman, 1943), 61 pp.; Yidish in amerike in likht fun medines-yisroel, an iberzikht vegn dem matsev fun der yidisher shprakh un fun der yidisher kultur in amerike haynt-tsu-tog (Yiddish in America in light of the state of Israel, an overview of the state of the Yiddish language and Yiddish culture in America today) (New York, 1948), 61 pp.; Idishkeyt in amerike, a vegvayzer tsu dem gaystikn idishn lebn in amerike in der tsveyter helft fun 20tn yorhundert (Jewishness in America, a guide to spiritual Jewish life in America in the second half of the twentieth century), vol. 1 (New York: “Yidishkayt in Amerike,” 1958), 812 pp.  He died in New York. 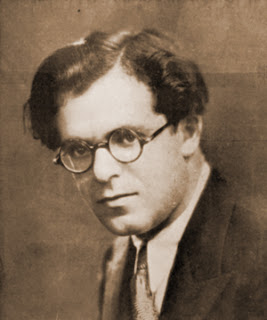