ROZE (RACHELLE) MISHNUN (b. March 2, 1883)
She was born in the village of Mishnun (Misniunenai), Kovno district, Lithuania.  Her father made a living from a tavern.  At age four she had learned Hebrew; one year later she was reading Russian, and later she mastered the ability to read German on her own.  She studied Tanakh with a teacher, and quietly she devoured the novels of Bloshteyn and Shomer.  At age six she became severely ill, and from that point she became deaf and her spoken language impaired.  She arrived in the United States at age fifteen.  There she recuperated for several years from her illness, by day working in a sweatshop and in the evenings studying English.  She read a great deal and did translations from English into Yiddish which she published in: Forverts (Forward), Tsayt-gayst (Spirit of the times), Fraye arbeter-shtime (Free voice of labor), and Idishe arbayter-velt (Jewish workers’ world).  Of her more important translations, we need note: Hjalmar Bergstrøm, Lingaard un kompanye (Lynggaard & Co.), a drama in four acts, in Fraye arbeter-shtime (1915-1916) and Karen borneman (Karen Borneman) in Fraye arbeter-shtime (1916); and Serafin and Joaquín Álvares Quintero’s In a sheynem frimorgn (On a beautiful morning [original Mañana de Sol (A sunny morning)]), a one-act play, in Fraye arbeter-shtime (May 1919).  All of her Yiddish translations were retranslations from English versions of the works in question. 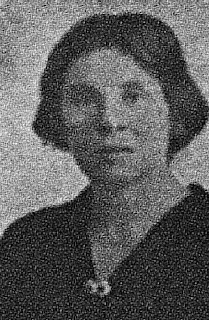