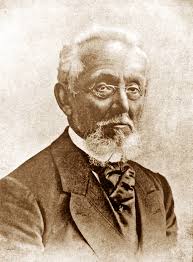 (Translator’s note. After this entry was first published ca. 1965, an extraordinary study of Mendele and his work appeared in English, which I would be remiss in not mentioning: Dan Miron, A Traveler Disguised: A Study in the Rise of Modern Yiddish Fiction in the Nineteenth Century (New York: Schocken Books, 1973), xv + 347 pp.—JAF.)

[1] Translator’s note.  There is a recent French translation as well: La haridelle ou Détresse des animaux (Paris: Medem, 2008), 295 pp. (JAF)
[2] Mendele first published “A sgule tsu yidishe tsores” in 1884 in his Nitslekher kalendar (Useful calendar).  That same year this piece in pamphlet form appeared as an offprint.  In the version which Mendele published in Gershom Bader’s Yudisher folks-kalendar, he left out several pages of the first version.
Posted by Joshua Fogel at 08:20