MOYSHE MELAMED (December 15, 1882-January 5, 1954)
He was born in Ungeny, Bessarabia [now, Moldova], to a father who worked as a carpenter.  Until age thirteen he attended religious elementary school and then began working in carpentry.  In 1905 he arrived in the United States and worked in his trade in Philadelphia.  That same year he published a sketch in the London-based Idisher ekspres (Jewish express)—not under his own name.  In 1906 he published a story in Idisher kempfer (Jewish fighter) in New York, now under the name “M. Melamed,” and from that point he published stories, sketches, and literary criticism in: Di tsukunft (The future), Forverts (Forward), Varhayt (Truth), Fraye arbeter-shtime (Free voice of labor), Dos idishe folk (The Jewish people), Der kundes (The prankster), Dos naye lebn (The new life), Morgn-zhurnal (Morning journal), Der fraynd (The friend), and Der tog (The day), among others in New York; as well as in Filadelfyer morgn-tsaytung (Philadelphia morning newspaper), Filadelfya ameriken (Philadelphia American), and others.  He was among the founders of the Jewish colony in Clarion, in the state of Utah, and lived there until 1912.  He was the principal leader in cultural matters of the colony and the initiator of the Yiddish school.  In 1916 when the colony began to disintegrate and the colonists gradually dispersed, Melamed doggedly struggled against the difficulties there and remained on the farm until 1917.  When he returned to Philadelphia, he joined the editorial board of Di idishe velt (The Jewish world), edited by M. Kats, and wrote (under the pen names: Moyshe Khaykls, Moyshe Dines, and M. Toykher) feature pieces, stories, novels, theater reviews, and literary criticism, and he was in charge of the “Vinkl far yidishe kinder” (Jewish children’s corner).  Thanks to his broad literary-cultural interests, he encouraged in his writing many feats for the spiritual achievements of Jewish life in Philadelphia.  He acquainted his readers with the works of the older and younger Yiddish authors.  His literary notes in the annual edition of Di idishe velt were a source of information on Yiddish publishing production generally.  When Moyshe Kats, due to an eye affliction, could no longer fulfill the functions of an editor, Melamed became his successor, while he was also editing Der tsvayg (The wing), “monthly journal for literature and criticism, published by a collective of writers, with M. Melamed, secretary,” in Philadelphia—three issues appeared: July, August, and September-October 1919.  When Di idishe velt closed down and the Jewish colony in Hightstown, New Jersey just happened to be established, and he again joined the group of colonists and moved there.  After the colony dissolved, Melamed (using an assortment of pseudonyms) wrote newspaper novels for Forverts and Tog in New York.  In 1927 he was also editing the October issue of Shulbukh (Schoolbook).  He published in book form: A rege glik (A moment of joy), “a story of an unhappy love with the background of a Jewish farming community” (Philadelphia, 1924), 103 pp.; Vanderveg (Trail) (Philadelphia-Jersey Homestead, 1944), 240 pp.  The first part of the latter book, entitled “Amol iz geven” (Once was), describes the Bessarabian town of his birth; the second, “Naye heym” (New home), depicts fellow Bessarabians in America; and the third, “Erd” (Earth), describes the people of the farming colony.  He became ill around 1953, moved to Los Angeles, California, and died there. 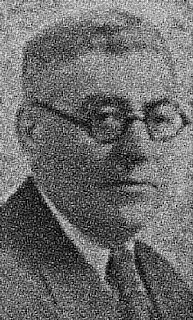