LEYB MALAKH (LEIB MALACH) (November 27, 1894-June 18, 1936)
The pen name of Leyb Zaltsman, he was born in Zwolin, Radom district, Poland.  When he was ten years of age, his mother passed away.  His father married again and Leyb was raised by his grandfather on his mother’s side, the rabbinical judge Khayim Tenenboym.  He studied in religious elementary school until age nine, thereafter with his grandfather, and for a time in synagogue study hall.  Between ages ten and thirteen, he was an assistant to a teacher of young children in a religious primary school, initially in Zwolin and later in Radom.  At age sixteen he arrived in Warsaw, where for a time he was a mirror polisher, worked in a bakery, and was a house painter and wallpaper hanger.  During WWI he debuted in print in the daily Varshever togblat (Warsaw daily newspaper) (October 15, 1915) with a ballad entitled “Dray” (Three).  This was a great source of encouragement, and from that point he wrote a great deal under the pseudonym Malakh, the name of his mother’s first husband.  He published poetry, ballads, and legends in: Varshever tageblat (Warsaw daily news), Haynt (Today), and Moment (Moment)—in Warsaw; Lodzer folksblat (Lodz people’s newspaper) and Lodzer tageblat (Lodz daily newspaper); and Lubliner togblat (Lublin daily newspaper); among others.  At that time (one of war and hunger), he grew closer to the Labor Zionists and ate in their kitchen in Praga (a suburb of Warsaw).  In 1919 he published the “Shvue” (Oath) for the Labor Zionist youth movement, which began with the stanza: 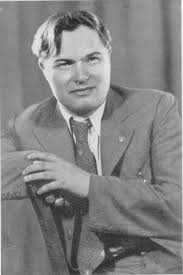