ASHER BARASH (February 14, 1889-June 4, 1952)
Born in Lopatin (Lopatyn), Eastern Galicia.  His father, Naftali-Herts, was a grain merchant, and on his mother’s side he was related to the Belzer rebbe.  He studied in religious elementary school and the synagogue study house, as well as in a government public school.  He grew up amid gardens and orchards, among Jews, Poles, and Ukrainians, and this had an impact on his character and his writings.  At age fifteen, he roamed about Galicia and Bukovina, later becoming active in Yiddish and Hebrew literary circles in Lemberg (Lvov).  In 1914 he made aliya to Palestine, where for many years he was a teacher of Hebrew and Hebrew literature, as well as editor of important magazines (such as Moznaim [Balance]).  He was also one of the founders and directors of the association of Hebrew writers and honorary secretary of the Pen Club of the Land of Israel.  In 1930, he received the Bialik Prize from the city of Tel Aviv for his novel, Ahavah zarah (Alien love).  He began writing in Yiddish, publishing poems and humorous stories in Lemberg’s Tageblat (Daily news) and in the weekly Der yudisher arbayter (The Jewish worker), organ of the Austrian Labor Zionists (1912), and he wrote articles about literature in Polish.  He began publishing in Hebrew in Dovid Frishman’s second collection, Sifrut (Literature) (Warsaw, 1908) and in Ha-shelach (The weapon) in 1914.  Among his Hebrew-language books: Temol (Yesterday) (1915); Torat ha-sifrut (The theory of literature) (1924); Torat ha-sifrut ha-ivrit veha-kelalit (The theory of Hebrew and general literature), vol. 1 (1930), 207 pp., vol. 2 (1931), pp. 288 pp.; Masa be-harim (Journey to the mountains) (1927); Chaverim (Comrades), children’s stories (1927); Perakim me-chaye yaakov rudorfer (Chapters from the life of Yaakov Rudorfer) (1928); Mul shaar ha-shamayim (In front of the gates of heaven) (1928); Temunot mi-bet mivshal ha-shekhar (Pictures from the distillery) (1929).  His translations include: Sinebeh solbaken (Synnøve Solbakken) by Bjørnstjerne Bjørnson; Robinson kruzo (Robinson Crusoe) by Daniel Defoe; Don karlos (Don Karlos, Infant von Spanien) by Friedrich Schiller; Zemirat arav (Arab song); Sifre hayamim, 1895-1904 (Stories from the days of 1895-1904), together with R. Binyamin; an introduction to Spengler’s Shekiyat ha-maariv (Decline of the West); and more.  A detailed biography was written by Shmuel Lachower, Asher barash (Tel Aviv, 1953), 56 pp.  Pen name: Feliks.  Some of Barash’s stories have been translated into Yiddish and English. 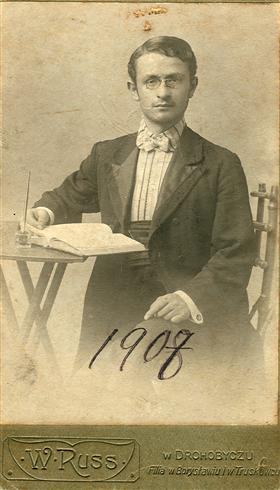