SIMKHE VAYNSHTOK (1898-1943)
He was born in Lodz, Poland, into a merchant household.  He graduated from a Polish Jewish high school, and later for a time he worked in a publishing house.  In his youth he administered the drama studio Baginen (Dawn) for the Bund in Lodz.  He was a student at David Herman’s theatre studio and a member of his troupe.  He acted as well for Ararat and Azazel, for which he wrote one-act plays and short sketches.  He published articles on Yiddish and Polish theater in: Ekstrablat (Extra news), Lodzer radio (Lodz radio), and elsewhere.  He translated into Yiddish Pirandello’s Henrikh der 4ter (Henry IV [original Enrico IV]), staged in Yonas Turkov’s theater; H. Baum’s drama Glikl fun Hameln (Gikl of Hameln), staged by Ida Kaminska; and Flaterkop (Scatterbrain), a theater piece in three acts with a prologue.  In September 1939 when the Germans began the war against Poland, Vaynshtok was acting in Turkov’s theater in Danzig and he returned to Lodz.  He was in Bialystok and later, until June 1941, he acted in Yiddish theater in Lemberg.  He was murdered by the Nazis in the Lemberg ghetto together with his wife, Lyolya Zilberman, the Yiddish actress from Lodz. 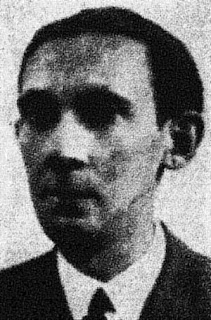