ARN “RAKHMIEL” VAYNSHTEYN (1877-1938)
He was born in Vilna.  He attended a state Russian Jewish elementary school, later the Vilna Teachers’ Institute.  He graduated in 1897 and became a teacher in the Russian Jewish elementary school in Oshmene (Oszmiana), Vilna district, and was later a teacher in a similar school in Warsaw.  At age fifteen he joined revolutionary circles which existed at that time among students at the teachers’ institute.  After the founding of the Bund in 1897, he entered the party, was involved in the Warsaw organization in 1898, and soon thereafter was coopted onto a committee in which he had an influential role.  At the fourth conference of the Bund in Bialystok (April 1901), Vaynshteyn was elected to serve on the central committee of the party and, from that time forward, was reelected to positions until the rift in the Bund in 1920.  He represented the Bund at a number of conferences and meetings of the Russian Social-Democratic Workers’ Party (in London, Paris, Tampere, and Helsinki).  In the first three years of his Bundist work (1898-1901), he was successful in evading police persecution, but thereafter a regular path of misery was to begin for socialism in Tsarist Russia: arrests, persecutions, prison, deportations—the illegal life of a professional revolutionary.  In 1913 he married Gute Lifshits, a sister of Ester Frumkin.  In 1914 he was exiled to Siberia, where his wife died in childbirth (early 1917).  After being freed as a result of the March Revolution (1917), he made his way to Petrograd and was elected at the tenth conference of the Bund (April 1917) to serve as chairman of the central committee, and together with the central committee he moved to Minsk, where he and Ester directed party work for Byelorussia.  He was elected to serve as chairman of the city council, was a member of the executive committee of the Minsk Soviet, and was one of the leading political figures in the city and in the region during the stormy days of 1917-1920.  He was a centrist in all questions of principle and tactics regarding socialism in Russia, including the issue of war and peace at the time of WWI, and after the February-March 1917 Revolution, he made a turn to the right wing of the party and remained in this position until the start of 1919, when, under the influence of the November Revolution in Germany, he returned to the center and later—together with Ester—to the left and to Communism.  The beginning of his path to the left took place at the eleventh conference of the Bund in Minsk (March 1919), when he and Ester helped enact the pro-Soviet resolution, and then at the twelfth conference (April 1920) he stood at the head of the majority which supported the Communist resolution and led to the split in the party.  In 1921, again with Ester, he initiated the Kombund (Communist [Labor] Bund) in the Communist Party in Russia.  From that point forward commenced Vaynshteyn’s final chapter.  In 1920 he was practically the boss of the Byelorussian Soviet Republic; in 1921 he was a member of the All-Russian Central Executive Committee of Soviets and of the Central Committee of the Communist Party in Byelorussia; in 1923 he was chairman of the council for labor and defense of the Kyrgyz Republic, and later assistant finance minister in the government (council and people’s commissar) of the Union of Soviet Socialist Republics.  At the same time he assumed an active role in Jewish colonization work; in November 1928 he was named substitute for the chairman of “Komerd” (Commission for the Settlement of Jewish Workers on the Land), Smidovitsh, and thereafter was a member of the central council and the chairman of Gezerd (All-Union Association for the Agricultural Settlement of Jewish Workers in the USSR) in Moscow, for which he worked until his final arrest.  For the Communists he was merely a high-level clerk; no political role in the party was ever entrusted to him.  His end came at the Fifth Plenum of the central council of Gezerd in Moscow (November 1937), when he was “unmasked” as a “Bundist nationalist” who had once led a “vile counter-revolutionary struggle” against Communism and who “idolized” more than anything else the Bund.  A short time before the plenum, Ester was arrested in Moscow, and at the meeting of the plenum Vaynshteyn spoke publicly in protest against her arrest.  Right after the plenum he was himself arrested and in 1938 he committed suicide in prison.
Vaynshteyn’s literary activities consisted of articles and memoirs which he placed in various publications over the course of all the years of his political life.  In 1903 after the liquidation of the Zubatovshchina (unions supported by the Tsarist police) among the Jewish workers, he raised a great stir with his article “Mi lekhayim umi lemus” (Who will live and who will die), published in Arbayter shtime (Voice of labor), nos. 34 and 35.  From 1906 he was writing for: Folkstsaytung (People’s newspaper) in Vilna—“Tsu der diskusye vegn der fareynikungs-frage” (On the discussion of the issue of unification), nos. 112-119; the anthology Di naye tsayt (The new times) in Vilna (1908)—“Partey un profesyonele fareynen” (Party and trade unions); Otkliki bunda (Responses of the Bund) and Di shtime fun bund (The voice of the Bund) in Vilna (1909)—on the struggle between legalists and anti-legalists; the collection Tsayt-fragen (Issues of the day) in Vilna (1910)—on a normal working day and holiday rest for craftsmen; the anthology Di naye shtime (The new voice) in Vilna (1911)—on the conflicts between Jewish and Polish laborers; the collection Di idishe folksshtime (The voice of the Jewish people) in Vilna (1911)—“Di arbayter-delegatsye afn handverker-tsuzamenfor” (The workers’ delegation to the conference of craftsmen).  Vaynshteyn also contributed to Tsayt (Time) in St. Petersburg, and to Veker (Alarm) in Minsk, in which among other things he published his memoirs (in the jubilee issue in 1917) and a piece about the provocateur Y. M. Kaplinski (1922).  He also published articles and memoirs in other venues, and he penned a pamphlet about the elections to the city council. 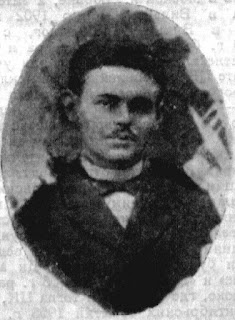