RUVN VAYSMAN (REUBEN WEISSMAN) (February 25, 1855-February 24, 1936)
He was born in Odessa, southern Russia, to a father who was a ritual slaughterer.  Until age thirteen he studied in a Russian public school, while at the same time in the Odessa yeshiva.  He later studied as well in the Volozhin and Kishinev yeshivas.  He was orphaned on his father’s side in his youth and had to discontinue his studies to feed his family.  For a time he worked as a copyist for a lawyer, later as a bookbinder.  In 1877 he became a prompter for A. Goldfaden’s Yiddish theater.  At that time he began to write, and his first effort was a rewriting of the Hebrew novel Tsadek venosi (Saintly man and prince) into a drama in five acts entitled Di nekome (The revenge) which was later staged under the title Don yitskhok abarbanel (Don Isaac Abarbanel).  In 1882 he moved to the United States, and there over the course of thirty-eight years he worked as a prompter in the most prominent of Yiddish theaters.  He was the first president of the actors’ union and founder of the “Jewish Theatrical Alliance.”  He was also the author of a series of his own and adapted plays, such as: Moyshe rabeyne oder kries yam-suf (Our teacher Moses, or the parting of the Sea of Reeds); Di gemakhte meshugene (The contrived crazy woman); Amnon un tamar (Amnon and Tamar), dramatized following Mapu’s novel Aaves tsien (Love of Zion); Sore oder tsurik fun sing-sing (Sarah or the return from Sing-Sing); Lebn far lebn (Life for life); Der rusish-terkisher krig (The Russo-Turkish war); A mentsh mit tsvey penemer (A man with two faces); Der goylem oder man un vayb (The golem, or man and wife), following Zhenit'ba Belugina (Belugin’s marriage) by Alexander Ostrovsky; Di sheyne yudin (The pretty Jewish girls), translated from Shakespeare’s Shylock [= The Merchant of Venice].  He also published stories in: Nyu yorker ilustrirte tsaytung (New York illustrated newspaper) in 1888; Nyu yorker folkstsaytung (New York people’s newspaper) in 1888; Folks-advokat (Advocate for the people) for which he also translated stories from Hebrew literature; Teater-blat (Theater newspaper) in Philadelphia in 1898; and elsewhere.  He placed chapters from his “Zikhroynes vegn yidishn teater” (Memoirs of the Yiddish theater) in: Yidishes tageblat (Jewish daily newspaper) and Morgn-zhurnal (Morning journal) in New York.  He was a member of the editorial collective for Z. Zilbertsvayg’s handbook of the Yiddish theater.  He died in New York.  His daughter, Dora Vaysman [Weissman, 1881-1974], assumed an important place on the Yiddish stage.  Her husband, Anshel Shor [1871-1942], was a theatrical director and a playwright. 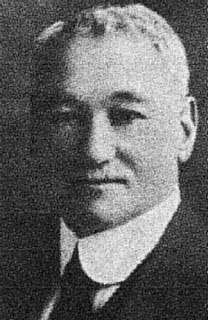