SHLOYME VAYSMAN (SHLOIME WISEMAN) (March 10, 1899-April 8, 1985)
He was born in Russia.  In 1913 he moved to Canada.  He graduated from McGill University in Montreal in 1920, and there he entered a four-year course in pedagogy.  He was a teacher at and director of the first Jewish public school in Montreal.  He lectured at the Jewish teachers’ seminary and in Hebrew at George Williams College in Montreal.  He was a member of the Canadian Jewish Congress and of the YIVO Committee in Canada.  He was an essayist, pedagogue, and translator.  He wrote for the most part on pedagogical issues in the Jewish, Hebrew, and English-language press.  His work appeared in: Keneder odler (Canadian eagle) in Montreal; the anthology Hemshekh (Continuation) in 1927; Der idisher arbeyter (The Jewish worker) and Idisher kemfer (Jewish fighter), among others, in New York.  He compiled the literary reader Dos vort (The word) (New York, 1931), 2 volumes, 900 pp., second improved edition (New York, 1938).  He edited and included his own survey of over thirty years of educational work in Canada in The People’s Schools of Montreal: Thirtieth Anniversary, 1914-1944, a Survey (Montreal, 1944), 19 pp. Yiddish and 20 pp. English.  Together with M. Khosid, he compiled Y. Y. Segal’s Letste lider (Final poems) (Montreal, 1955), 332 pp.  He also published a book entitled Mesaprim amerikayim (American novellas) (Tel Aviv: M. Nyuman, 1956), 545 pp., an anthology of the work of twenty-eight American prose artists whom he himself translated into Hebrew, including his own introduction to American literature.  In 1961 there was published in Montreal: Shloyme vaysman-bukh (Shloyme Vaysman volume), 384 pp. in Yiddish, 80 pp. in English.  He died in Montreal. 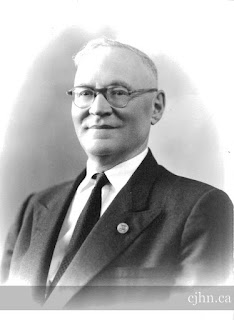