A philologist, literary historian, and journalist, he was born in Rovno (Rivne), Volhynia (Ukraine). He was well known by the pen name: Bal-Dimyen (Visionary). Until his bar mitzvah, he studied with a variety of itinerant schoolteachers. In 1894 he entered the third class in senior high school, but continued reading Hebrew, organizing a group called “Safa berura” (Chosen language), and studying Talmud (for scholarly ends). After the first Zionist congress in Basel (1897), he became a Zionist. In 1899 he studied for a year at the Kiev polytechnical institute, later in St. Petersburg and abroad. He was a cofounder in 1902 of the radical Zionist student group, “Molodoy Izrail” (Young Israel). Together with A. Ben-Adir and V. Fabrikant, in 1903 he organized the founding conference of “Vozrozhdenie” (Renaissance). Shtif “actually [provided] the first extended justification for the ideology that later became characteristic of the Zionist socialists.” (Yivo-bleter [Pages from YIVO] 5 [1935], p. 197) After the Kishinev pogrom, he was among the leaders of self-defense in Kiev. His first published piece appeared in 1904, and over the years, 1905-1908, he was active the Sejmist party in Kiev, Vilna, Vitebsk, and Simforopol (after a year in Switzerland whence he fled from arrest). In this time period, he penned literary critical articles for Evreiskaia zhizn' (Jewish life) in St. Petersburg and ideological-political articles for the party publications: Di folks-shtime (The people’s voice) and Di shtime (The voice). In his literary pieces, he stressed the influence of the environment on a writer’s works, the social character of literature, and the aesthetic moment in a work. From this point of view, he sought to revise the estimation of Sholem Asch, Morris Rozenfeld, Avrom Reyzen, and others.

Over the years 1910-1914, he lived in Rovno. He graduated from the Yaroslavl Law School in 1913 and received his doctoral degree for a dissertation on criminal rights according to the Torah of Moses and the Talmud. He then became a candidate in juridical science. At the same time, he took up serious research into Yiddish. His first published work in this field appeared in Pinkes (Records) in Vilna (1912/1913). These years, 1910-1914, he published a series of articles in the Yiddish and Russian Jewish press, in which he formulated his ideas about a Jewish land and about the concept of “goles” (Hebrew, galut) or Diaspora. From March 1914 he was living in Vilna where he worked as manager of the Kletskin publishing house and served as editor of Di vokh (The week). He was as well an active leader in an array of Jewish organizations there, such as “Khevre mefitse haskole” (Society for the promotion of Enlightenment) and assisted in introducing Yiddish as a language of instruction in Jewish schools.

The February Revolution (1917) found him in St. Petersburg, where he spent the years 1915-1918 in St. Petersburg, working for the relief organization “Yekopo” (Yevreyskiy komitet pomoshchi zhertvam voyny—“Jewish Relief Committee for War Victims”) and editing its journal Pomoshch' (Relief). He was one of the founders of the Folks-partey (People’s party), and together with Yisroel Efroykin, he edited its organ Yidishes folksblat (Jewish daily newspaper) and brought out a pamphlet on the social and political ideas of the party. He was appointed to the Petrograd Jewish community council and participated in the meetings of the Jewish community council in Moscow (1918). That year he moved to Kiev and worked for Yekopo there. In 1919 he published a short book entitled Iden un idish oder ver zaynen “idishishten” un vos vilen zey? (Jews and Yiddish or who are Yiddishists and what do they want?); it was a sort of summing up of the heated discussions between Hebraists and Yiddishists. Following the Bolshevik occupation of Kiev in October 1920, Shtif left Russia for Minsk where he gave lectures at the teachers’ training course. In May 1921 he reached Kovno, before going on to Berlin and then to Vilna. There he devoted himself primarily to researching the Yiddish language and literature.

Shtif was the principal initiator of the Yiddish Scientific Institute (YIVO) in Vilna. In his pamphlet, Di organizatsye fun der yidisher visnshaft (The organization of Yiddish scholarship) (Vilna, 1925), 45 pp., he formulated the principles of Yiddish scholarly activities. He was invited in 1926 to administer the department of Jewish culture of the Ukrainian Academy of Sciences in Kiev. There he developed a broad agenda for scholarship. In 1927 he began to publish, under his editorship, the bimonthly Di yidishe shprakh (The Yiddish language) (until 1930), the department’s Byuleten (Bulletin) (February 1929), and later Afn shprakhfront (On the language front) (1931-1933).

He was attacked in the Soviet Union for his “petit-bourgeois Yiddishist attitude” and was compelled to publish an article entitled “Mayne felers” (My mistakes), in which he wrote: “Since I have become aware of my mistakes, I have sought to correct them, but I have not been able to steadily persist.” (Proletarishe fon [Proletarian banner] in Kiev [April 23, 1932]) He had not demonstrated any “corrections,” and then a year later he was found dead at his writing desk in Kiev. Aside from the aforementioned periodicals, he wrote journalistic and literary critical articles as well as linguistic research pieces in: Dos yudishe folk (The Jewish people) in Vilna (1908), Di yudishe velt (The Jewish world) in Vilna (1914), Di royte velt (The red world) in Kharkov, Teater-bukh (Theater book) in Kiev (1927), Haynt (Today) in Warsaw, Filologishe shriftn (Philological writings) and Landoy-bukh (Landau book) from YIVO; Yidishe shtime (Jewish voice) and Nayes (News) in Kovno, Tsukunft (Future), Dos naye leben (The new life), and Morgn-tsaytung (Morning newspaper) in New York, and a in a series of publications in Berlin, among other serials. He wrote 339 works in the fields of linguistics, literary history, literary criticism, and journalism. He also took up research on Jewish history and translated several important works in this field (see below). In this connection, he compiled a reader on premodern Jewish literature for high school and middle school. His main contribution, however, was in the realm of Yiddish linguistics.

Shtif “acquired his reputation,” wrote Zalmen Reyzen, “as one of our finest and most thorough Yiddish researchers…. In all of his works, original and translated, he wrote to keep alive Jewishness in style, protecting it from all foreign forms.” 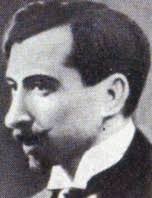