RIFOEL (RAFAL) FEDERMAN (March 24, 1892-June 4, 1972)
He was born in Tshenstokhov (Częstochowa), Poland.  He attended religious elementary school and public school, and he graduated from a middle school course through study on his own.  He community activities began with the unity of the social democratic party and the Zionist socialists.  He was co-editor, 1919-1920, of Unzer vort (Our word), a publication of this socialist unity—three issues appeared in print.  In 1922 he became active in the Bundist movement.  He served as editor of Arbeter tsaytung (Workers’ newspaper).  He co-edited the weekly newspaper Dos naye vort (The new word), and he contributed to: Der proletaryer (The proletarian), Bendiner anonsen blat (Będzin commercial weekly), and Tshenstokhover togblat (Częstochowa weekly newspaper), among others.  He was chairman of the Bund’s party committee in Częstochowa, city councilor and secretary of the Częstochowa city council, member of the Jewish community council of Częstochowa, chairman of the school organization, and head of the Y. L. Perets house in Częstochowa.  From 1940 he was living in the United States.  He was chairman and secretary of the United Częstochowa Relief Committee in New York, co-editor of the volume Tshenstokhov, nayer tsugob-materyal tsum bukh “tshentsokhover yidn” (Częstochowa, additional material for the book Tshenstokhover yidn [Częstochowa Jews]) (New York, 1958), 336 pp., in which he published articles and memoirs.  He also contributed to the journal Zayn (Being), among others, in New York.  His books include: Bay di taykhn varte un ist river (From the Warta to the East River), a novel (New York, 1957), 270 pp.; Baym ist river, farvandlung (By the East River, transformation) (New York, 1964), 19 pp.; Perspektivn fun bund, gedanken un meynungen tsum 70-yorikn yoyvl fun bund (Perspectives on the Bund: Ideas and viewpoints on the seventieth anniversary of the Bund) (New York, 1968), 47 pp.  In 1958 there was published: Lekoved rifoel federman, tsu zayn 50 yoriker gezershaftlekher tetikeyt (In honor of Rifoel Federman, to his fifty years of community activity) (New York), 32 pp.  From 1946 he was the director of the Workmen’s Circle press.  In 1967 his seventy-fifth birthday was marked with articles in the press.  He died in New York. 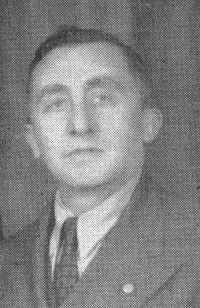