DOVID FRAM October 14, 1903-1988)
He was born in Ponevezh (Panevėžys), Lithuania.  He received a traditional Jewish education and studied secular subject matter with private tutors.  He studied in the Vilkomir (Ukmergė) Jewish high school.  During WWI, at age eleven, he roamed away from home to Samara.  He studied in the local high school there and in 1921 graduated from a Soviet labor school.  He later returned to Lithuania.  In 1926 he was accepted into the agronomy faculty at university.  In early 1927 he left for Johannesburg, South Africa.  As early as his time in Samara he was writing Russian-language poetry for his school’s journal.  He debuted in print in Yiddish with poems in Kveytn (Blossoms) in Panevėžys, and he wrote a series of poems early on for Idishe shtime (Jewish voice) in Kovno.  From that point on, he contributed work to: Nayes (News) and Dos lebn (The life) in Kovno; Folksblat (People’s newspaper), Dorem-afrike (South Africa), Foroys (Onward), Tribune (Tribune), and Ekspres (Express) in Johannesburg; and Fristeyter baginen (Free State dawn) (Blumfonteyn, three issues).  In 1963 a committee of the cultural federation of Johannesburg celebrated his sixtieth birthday.  His books include: Lider un poemes (Poetry) (Vilna, 1931), 284 pp.; Dos letste kapitl (The last chapter) (London: Narod Press, 1947), 68 pp; Efsher (Perhaps) (London: Jewish Journalists’ and Authors’ Association, 1947), 120 pp.; A shvalb afn dakh, poemes un lider (A swallow on the roof, poetry) (Johannesburg: Kayor, 1983), 133 pp. 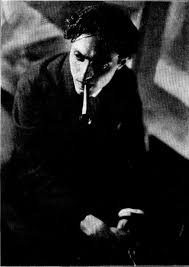