HERSH FENSTER (1893-late 1964)
He was born in Barnev (Baranów Sandomierski), Cracow district, Galicia.  He studied in religious elementary school and public school, and secular learning he acquired through self-study.  He served in the Austrian army in WWI, following which until 1922 he studied in Vienna.  He was active for a time in the Labor Zionist movement and the Jewish anarchist movement.  From late 1922 until his death, he lived in Paris.  Initially, he worked as a teacher there in Jewish supplementary schools.  In 1933 he founded “Dos yidishe vinkl” (The Jewish corner), which became a home for Jewish intellectuals escaping Nazi Germany.  In the years of the Nazi occupation of France, he first survived in the mountains and later in a refugee camp in Switzerland.  In early 1945 he returned to Paris and founded the Ri-riché kitchen, which with time became a home for Jewish culture.  He began his own literary activities with impressions of WWI in Abend-post (Evening post) in Vienna over the period 1919-1921, in which he also published stories and poetry.  From that time forward, he published articles, literary critical essays, and reviews of writers and painters, as well as stories in: Literarishe bleter (Literary leaves) and Foroys (Onward) in Warsaw; Parizer bleter (Parisian leaves), Arbeter fraynt (Workers’ friend), Parizer fraynt (Parisian friend), Unzer shtime (Our voice), Unzer veg (Our way), Arbeter vort (Worker’s word), Unzer vort (Our word), Yidish (Yiddish), Kiem (Existence), Unzer kiem (Our existence), Der shtriker-fabrikant (The knitting factory), Frayer gedank (Free thought), Frayland (Freeland), and Fraye tribune (Free tribune), among others, in Paris; Heymish (Familiar), Lebns-fragn (Life issues), and Problemen (Problems) in Tel Aviv; Dos fraye vort (The free word) in Buenos Aires; and Tsukunft (Future) and Forverts (Forward) in New York.  In 1931 he received a prize from Forverts for a story.  From 1923 until his death, he was a regular contributor to Fraye arbeter-shtime (Free voice of labor) in New York.  In book form: Unzere farpaynikte kinstler (Our tortured artists), with a preface by Marc Chagall (Paris, 1951), 262 pp.  He also authored pamphlets concerning anarchist personalities.  He visited the state of Israel several times, and in 1956 the United States and Canada.  He died in Paris. 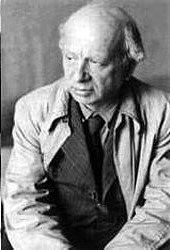