Poet, playwright, and essayist, he was born in Shpola, Kiev region, Ukraine. His father was a teacher and a great influence on the education of his talented son. At age twelve he began working in a print shop. For a time in his youth, he joined the Bund. During the Soviet civil war, he volunteered to join the Red Army. He directed underground work in Kiev during the period of Denikin’s rule, was arrested and thrown in jail, and was barely saved from certain death. In 1919 he joined the Communist Party, and he held a number of Party posts. He began writing poetry when quite young. He debuted in print in 1919 with a poem in the Kiev newspaper Komunistishe fon (Communist banner). In subsequent years, he published poetry, plays, polemics, and articles on writers and literature in newspapers, magazines, almanacs, and the like in: Yugnt (Youth), Naye tsayt (New times), Barg aruf (Uphill), Folks-tsaytung (People’s newspaper), Komunistishe fon, Shtern (Star), Ukraine (Ukraine), Proletarishe fon (Proletarian banner), Shtrom (Current), Farmest (Competition), Prolit (Proletarian literature), Di royte velt (The red world), Af barikadn (At the barricades), Sovetishe literatur (Soviet literature), Almanakh fun yidishe sovetishe shrayber (Almanac of Soviet Yiddish writers), and Shlakhtn (Battles), among others, in Kiev-Kharkov; Oktyabr (October) and Der shtern (The star), among others, in Minsk; Nayerd (New land), In iberboy (Under reconstruction), Komyug (Communist youth), Far der bine (Before the stage), Sovetishe dikhtung (Soviet poetry), Lomir zingen (Let’s sing), Heymland (Homeland), and Eynikeyt (Unity), among others, in Moscow; Literarishe bleter (Literary leaves) in Warsaw; and Frayhayt (Freedom), Hamer (Hammer), Yidishe kultur (Jewish culture), and Af naye vegn (Along new roads), among others, in New York. At one time or another, he edited: Prolit, Farmest, and Sovetishe literatur. Many of his works were republished in various newspapers and magazines throughout the entire Yiddish world. Fefer was one of the leaders of the Kiev writers’ group “Vidervuks” (New growth), from whose publishing house appeared his first collection of poetry, Shpener (Chips) in 1922: “which expresses,” wrote Zalmen Reyzen, “the youthful, singing joy of the new generation of Soviet Yiddish poets. In his subsequent development, he and Izi Kharik stood at the head of this group of Yiddish poets in the Soviet Union, who turned to the shtetl and introduced into Yiddish poetry a new folk sensibility.” In 1924 he brought out his volume Vegn zikh un azoyne vi ikh (About me and those like me), which was warmly received by the critics, including the harshest of them, Moyshe Litvakov.

He was new type of poet of the Revolution, a new type of artist of the popular masses. He celebrated the collective, the regular guys, the “fair-haired Communist youth of the village and the town.” His buddies were the simple local gang, like his “Yosl Shinder,” his “Elye,” the village girls “with a pistol at the hip.” He created his first works about protagonists of this sort. These were typical poetic creations of revolutionary romanticism. In his poems of the 1920s and 1930s, he glimpsed the “manure in bloom,” the new condition of the new shtetl, the intertwining of old and new in the first years of NEP (New Economic Policy). He also saw tomorrow’s day that evolved of today’s: “With axe and hammer, my brothers ring, and axe and hammer are waiting now for me.” In subsequent years, he switched to the topic of industrialization, to “Dnieper construction,” to the mine whence young people from the towns formed a current. Three of his poetic works—Gefunene funken (Discovered sparks), Plastn (Layers), and Groyse grenetsn (Great borders)—embraced the principal moments of his works in the late 1920s through the beginning of WWII.

In 1926 he was a research student in the literature section of the Yiddish department in the Ukrainian Academy of Sciences. He gave the inaugural address at the All-Ukrainian Conference of Jewish Proletarian Writers (December 21, 1927) in Kharkov. He often gave public speeches and lectures before thousands of laborers in large halls and factories, and throughout virtually all the years of his writing career, he was energetically involved at every literary and ideological front line. In name he was almost always linked to all Jewish community and Yiddish literary events, earlier in Ukraine and later in Moscow. In Yiddish literary centers of the Soviet Union, there was no single battle or polemic in which he did not participate. There was in the Soviet Union virtually no single literary journal, literary collection, or almanac of which he was not a member of the editorial board or co-editor. On a number of occasions, he translated from modern Ukrainian poetry well. He also adapted Yankev Gordin’s Khasye di yesoyme (Khasye the orphan) for the stage, and it was performed in 1927 at the Kiev State Theater under the title Koymenkerer (Chimneysweep). A number of his poems were sung and recited by artists outside Russia as well. Fefer brought to Soviet Yiddish literature the air of battle; he personified a new type of poet of the revolution, a new type of artist of the folk masses. He sang of the collective farms and of Communist youths from villages and towns. He wrote for the masses, not just for the select, for grandfathers and grandmothers in his “simple prose.”

His lyrical poetry grew ever stronger and developed over time, especially in his books, Fayln af mayln (Arrows over miles) and Kraft (Force). The symptoms of the epoch are starkly expressed in his poetry, the heated atmosphere of the times. Fefer’s popularity in the 1920s was something simply to marvel at, although if one thinks hard about it, it is completely understandable. Poetry satisfies in every era a spiritual need not only for select lovers and gourmets of it, but also for hundreds of thousands of pupils and students, and through them for fathers and mothers, grandfathers and grandmothers, and one must approach them, first, with “ordinary language,” folkish and with simple words, so that they may come to comprehend it in their hearts and in their soul. In the 1920s and 1930s, it would appear, there was not a single Yiddish-speaking boy or girl who failed to know by heart Fefer’s “Iber shtet un derfer geyen shvartse volkns, forn af di frontn blonde komsomolkes” (Black clouds over cities and villages, as fair-haired Communist youth go off to the front) or “Sibir, ural, kaluge un tripolye” (Siberia, Urals, Kaluga, and Tripoli)—they rang out in classes in schools and universities, in evenings of artistic autonomy. Not every writer was worthy of enjoying such recognition while still alive, as that of Itsik Fefer. And he absolutely did not exaggerate when he noted in one of his poems: “Over the blooming breadth of Ukraine, my noisy way breathed, such that poems no longer mine all sing my great song.”

Abroad, whence Fefer’s verses would enthusiastically reach, he dedicated his Vunderland (Wonderland), and people marveled at the exaggerated self-confidence. Yet how can one explain Fefer’s statement in his poem Elyes toyt (Elye’s death): “This country is immense with its roads / And rich in snows and with bread, / Every field is ready for rain / Is every man prepared for death?” And this leads him (in another poem) to say that death is standing by in the country not only for every man but for every poetic line and every letter: “My lengths have died out, / Roads hidden in a cloud, / On what would a poem hang at night / And frightened letters swing from a girder?” And it so happens that the poet of “ordinary language” was not at all that ordinary, as people thought, and by the same token the accusation disappeared that Fefer was no genuine ethnic poet, that he was ostensibly foreign to any ethnic sensibility. When the murderous axe of fascism fell over the Jewish people, this same Fefer emerged with his poem “Ikh bin a yid” (I am a Jew), which incidentally was one of the principal accusations leveled at the poet. The years of WWII were the last stage of Fefer’s creative work. His thinking became deeper, his imagery sharper and more penetrating, the social pathos, linked with an ethnic motif, reached a genuinely higher level of passion. This all developed in such writings of his as “Di shvue” (The oath) and Shotns fun varshever geto (Shadows of the Warsaw Ghetto). In 1939 he received the Order of Honor, and in 1941 the Order of Lenin. When Germany invaded the Soviet Union, he served as secretary of the Jewish Anti-Fascist Committee in Moscow. In June 1943, together with Shloyme Mikhoels, he traveled around giving talks in England, Canada, Mexico, and the United States to mobilize Jewish public opinion on behalf of the Soviet Union in its fight against fascism. In the Polo Grounds in New York, he spoke before several tens of thousands of people about German crimes against the Jewish people. He lived, 1946-1947, mostly in Moscow, where he was active in the community and as a co-editor of the newspaper Eynikeyt and the almanac Heymland. At that time, the Moscow theater staged his new play Di zun fargeyt nisht (The sun doesn’t set).

On December 24, 1948, during the period of the liquidation of Yiddish culture in the Soviet Union, he and Dovid Hofshteyn, Perets Markish, and Dovid Bergelson, among others, were arrested and tortured for four years in the Lubyanka Prison in Moscow. At the judgment of the military tribunal of the supreme court, he was shot by the N.K.V.D. [Soviet secret police] on August 12, 1952.

In 1957 a volume of his poetry was published in Russian in Moscow. Fefer’s work was also represented in Shimshon Meltsar’s anthology Al naharot (By the rivers) (Jerusalem: Mosad Bialik, 1955/1956) and other Hebrew publications, in Shmuel Rozhanski’s Mustern fun der yidisher literatur (Specimens of Yiddish literature) (Buenos Aires, 1965), the anthology A shpigl af a shteyn, antologye, poezye un proze fun tsvelf farshnitene yidishe shraybers in ratn-farband (A mirror on a star, anthology, poetry and prose from twelve murdered Jewish writers in the Soviet Union) (Tel Aviv: Di goldene keyt, 1964), and also in the journal Sovetish heymland (Soviet homeland) (Moscow) 2 (1962). “There have emerged poets in the Soviet Union,” wrote Shmuel Niger, “for whom the revolution is not an upheaval or a break, but the natural air in which they were raised and grew up. Poets have appeared who, if the ‘Internationale’ is not much of a lullaby, it was already the march that accompanied their first steps as toddlers; the Red Army, the Civil War, all the forms and activities of Communism were not topics for them, not objects to celebrate in song, but a part of their lives, their lives themselves.” “In Yiddish poetry,” noted Yankev Glatshteyn, “no one with such great talents has so thoroughly undressed a man naked and given away his last shirt to the country as has Fefer…. Itzik Fefer emerges in Soviet poetry as a young wonder with his full and lively mastery and with his pioneering and vehement reconstruction of the moderating Yiddish word. In truth, his abilities were tremendous, but very often he, more often than other Soviet poet, dishonored his own talents with vulgar proclamations, because he assumed the mission of the pious caregiver of the line and of the cruelest interveners against the opposition…. He was highly gifted with a verse-breath and verse-zest, a remarkable phenomenon in Yiddish poetry that, thanks to Fefer, started to look toward a new continent conquered by Yiddish. No one made Yiddish so convincingly Soviet as did Fefer. No one knew the contours of a new, broken down Jew so linguistically and musically substantial, as were Fefer’s poetry. The new Jewish Soviet personality, with its colossal and super-powerful capacity for adjustment, was nowhere so marked as in Fefer’s elastic-verbal poems through his thoroughly zigzag periods. Fefer was the Soviet Yiddish poet par excellence, because he dissolved in his own chapter with which he triumphantly opened his poem.” 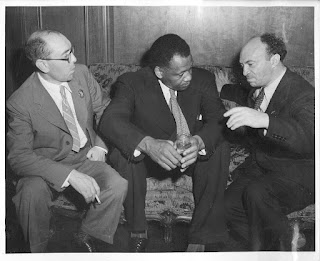 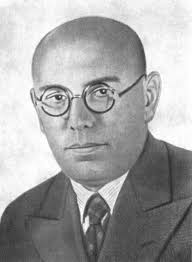