AVROM MARGOLIN (1884-January 12, 1961)
He was born in Bobruysk, Byelorussia.  He received an “Enlightened” Jewish education.  At age twenty he graduated as an external student from high school in Plotsk (Płock), Poland, and went on to study medicine in Germany.  After two years as a practicing doctor, he turned his attention entirely to writing and journalistic work.  He debuted in print in 1904 with correspondence pieces in Russian and Hebrew—such as in Hazman (The times)—and together with Yoysef Tunkl (the “Tunkeler” or “shady one”), he published the humorous annual collection in honor of Purim: Der grager (The rattle).  In 1907 he began to write regularly in Yiddish.  At the start of WWI, he left for London where he joined the medical corps of the English army.  He later became co-editor of Di varhayt (The truth) in London, as well as the London correspondent for the Forverts (Forward) in New York.  He subsequently moved to the United States, contributed to Forverts, and due to a controversy with Abraham Kahan, he became a contributor to the humor weekly Der groyser kundes (The great prankster).  He published witty poems and placed them in the three volumes of Humor un satire (Humor and satire), edited by Yoysef Marinov.  In 1922 he settled in Chicago and became a regular writer for the Yiddish daily newspaper Der idisher kuryer (The Jewish courier), where his productive pen came to full expression in a variety of fields of journalism.  He wrote a daily article, took control of a humor column, wrote a survey “Tsayt-notitsn” (notices of the times) in every Wednesday issue, and in every Friday issue he practically filled the entire theater page with reviews and notices.  He was also popular under the pen name “Avremele.”  The Yiddish translations, which he made in 1914 of Henri Bernstein’s Samson and Paul Lindoy’s [?] Der anderer (The other one), were staged.  He published a series of essays on playwrights in world literature and the production of their works on the Yiddish stage.  Of special value was his series on theatrical folklore and theatrical language.  His wife, KLARA BLAYKHMAN, was a Yiddish playwright herself.  He died in Chicago. 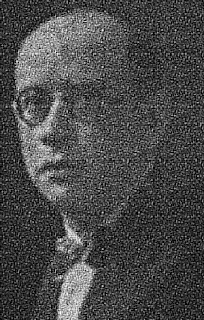