N. B. LINDER (LYNDER) (May 26, 1885-August 25, 1960)
The pen name of Naftole Blinder, he was born in Berdichev, Ukraine.  He attended religious primary school and studied secular subject matter privately.  For a time he studied at a commercial school in Lodz.  In 1903 he immigrated to the United States.  He was a diligent reader of Yiddish literature from his early childhood years, and after making the acquaintance of a group of young Yiddish writers on New York’s East Side, he made his own efforts to test his writing ability.  In 1906 he first published a story in Fraye arbeter-shtime (Free voice of labor).  Encouraged by the then editor of Fraye arbeter-shtime, Sh. Yanovski, he more frequently published stories and sketches in the newspaper.  He also placed work in: Glaykhheyt (Equality), Gerekhtikeyt (Justice), Dos yudishe folk (The Jewish people), Der idisher kemfer (The Jewish fighter), and Yungvald (Young forest)—in New York; Di idishe velt (The Jewish world) in Philadelphia; and elsewhere.  In 1916 he co-edited (with Morris Winchevsky) the weekly newspaper Glaykhheyt; in 1920 he edited the labor section—as “labor editor”—of the daily newspaper Di tsayt (The times).  From 1921 he was a regular contributor to Tog (Day), and later Tog-morgn-zhurnal (Day-morning journal), in New York.  He published novels, plays, theater criticism, book reviews, journalistic articles, and reportage pieces.  He also translated from Russian stories by Tolstoy, Chekhov, Arkady Averchenko, and, with certain abridgements, the book Dos lebn un shafn fun shimen dubnov (The life and works of Simon Dubnov [original: Zhiznʹ i tvorchestvo S. M. Dubnova]) by Sofia Dubnov-Erlikh.  For Tog he translated from English and American writers, such as a volume on the rise of the state of Israel and the autobiography of Stephen Wise.  In book form, he published: In yene teg (In those days), types and images of past Jewish life in Berdichev (New York, 1957), 231 pp.  When Sholem-Aleykhem came to New York in the summer of 1914, Linder was one of those who befriended him and regularly accompanied him on walks through New York.  In the Sholem-aleykhem bukh (Sholem-Aleykhem volume), edited by Y. D. Berkovich (New York, 1926), Linder co-edited the section entitled “Mayses vegn sholem-aleykhem” (Stories about Sholem-Aleykhem), in which he recounted as an eyewitness several episodes that characterized Sholem-Aleykhem from that period.  Among his pen names: Naftole-Ber, N. Ber, and N. Bli-Neder.  “In his book In yene teg,” wrote Arn Tsaytlin, “N. B. Linder shows us a large Jewish community of the past: Berdichev.  We see just how America is the solution for all manner of bad dreams that one left behind on the other side of the ocean….  In addition to purely literary value (a kind of fiction made up of facts), this work has considerable value for the future historian who will proceed to the chapter on America in modern Jewish history not only according to the established, conventional manner.  The material that [the historian] will find in Linder’s book will have to be intregrated—one way or another—onto his canvas.”  He visited Israel in 1935 and died in New York. 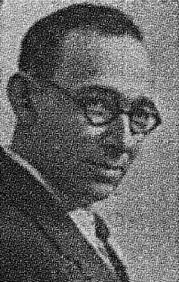