GAVRIEL-HIRSH LILIPUT (KRETSHMER) (May 15, 1883-June 5, 1938)
He was born in Riga, Latvia, into a non-religious family. He studied general subject matter in a private school and Hebrew with his father, Heshl-Elye Kretshmer.  At age seventeen he began writing in German and published in the Riga newspapers under the pen name “Der blonder yid” (The blond Jew).  While still young, he joined the Bundist movement, and on account of his political activities spent several years in Tsarist prisons.  On one occasion, at a labor demonstration, he risked his own life to save a comrade from a Cossack who took him on with his shining sword.  From that time forward, Liliput remained with three injured fingers on his right hand that he was unable to move.  His journalistic work in Yiddish began in the Bundist daily press: Der veker (The alarm), Di folkstsaytung (The people’s newspaper), and Di hofenung (The hope) in Vilna (1905-1907)—and there he assumed the pseudonym Liliput (antiphrastically, he was a tall man), under which he was known in the illegal Jewish revolutionary movement in Europe, as well as in subsequent decades in his writing activities in the United States.  He also contributed, with H. D. Nomberg and Dovid Druk, to the first daily Yiddish newspaper in Riga: Di natsyonal-tsaytung (The national newspaper), founded in 1907.  In late 1906 he made his way to America and settled in New York where he became a contributor to the Yiddish socialist press and an activist in the Jewish socialist labor movement.  He wrote for: the weekly newspaper Der arbayter (The worker), edited by Dovid Pinski; the monthly Tsukunft (Future) for which he served as secretary of the editorial board (1908-1909); Idishe arbayter-velt (Jewish workers’ world), edited by Philip Krants; Forverts (Forward); Di varhayt (The truth), for which he was news editor (1914-1918); the Russian newspaper Novyi mir (New world) (1913-1914); and others as well.  In September 1910 he became editor of the weekly organ of the cloakmakers, Di naye post (The new mail), and he was later a regular contributor to Forverts and later still its news editor (“city editor”).  At the time of the split in the Jewish Socialist Federation (1921), Liliput—together with the leftist group of writers—left Forverts and began writing for the daily Labor Zionist Di tsayt (The times); later, in 1922, he became an internal contributor for the Communist Frayhayt (Freedom), for which he also wrote poems and stories and published (early 1923) “Der royter fodim” (The red thread), a novel of revolutionary Jewish life earlier in Russia and later in America.  He also published there a translation of Clement Wood’s work “Der neger” (The Negro)—“from the life of enslaved Negroes and white gentiles in the South” (April 1923)—and Upton Sinclair’s novel Der provokator (The provocateur)—“from the life of the American worker and the American ‘secret police’” (also in 1923).  He also translated writings by Maxim Gorky, among them Di muter (The mother [original; Mat’], by Stepan Skitalets, poems by Heinrich Heine and Ferdinand Freilingrath; and he wrote a biography of Freilingrath entitled “Der poet fun revolutsyon, tsum hundert-yerikn yubileum fun freylingfrat” (The poet of revolution, on the 100th birthday of Freilingrath) which he published in Tsukunft (July 1910).  He also translated: Alexander Ostrovsky’s drama Dikarka (Wild woman) as Di vilde which in May 1919 was staged in New York under the direction of Osip Dimov; Ernst Toller’s Hinkerman (original: Hinkermann), staged by Maurice Schwartz’s Art Theater; and Hermann Bahr’s play, Der mayster (The master [original: Der Meister]) in 1925.  He was the author of the plays: Di falshe tokhter (The wrong daughter), performed in New York in 1936, and Der muters zind (The mother’s sin), performed in 1937.  He frequently published (in Varhayt and Frayhayt) theater reviews.  He also wrote a great many newspaper novels with a genuine sense of the street, but which were enormously successful with the wide reading public.  He also wrote under such pen names as: Herman Behr, Rashil Heshkin, and Herman K-r.  For a time in the 1920s he withdrew from journalism, embarked in business with real estate, initially had some success, later lost everything, and returned as a contributor (late 1932) to Forverts.  Aside from writing, he also ran a wide-range of community activities. 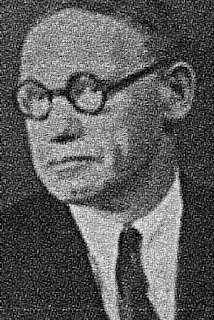