MIKHL LIKHT (June 30, 1893-June 10, 1953)
He was born in a village in Kremenits district, Volhynia, Ukraine, where his father ran a small village household as a lessee.  One of his uncles, Yishaye-Yudl, a wealthy leaseholder in the nearby town of Bialozorka, had no children and took him under his wing when Likht was three years of age.  Likht grew up with him in an atmosphere of love and comfort.  Until age twenty he studied with the best itinerant teachers and private tutors who could be retained.  In 1913 he moved with his mother and the other children to the United States, whence his father had immigrated some time earlier.  He contemplated remaining in America only a short time and returning to Europe to study, but WWI destroyed those plans.  He stayed in America, attended City College and the New School for Social Research in New York, and studied philosophy, history, sociology, and economics, as well as music.  He began writing poetry in Russian while still in his youth.  In his first years in New York, he published poems in English (using the pen names Sonin and M. Likht-Sonin) in the avant-garde journals of that era: The Pagan, Playboy: A Portfolio of Art and Satire, and Smart Set, among others.  In 1916 he published for the first time a sketch in Tog (Day) in New York, and from then on he contributed poems to: Onheyb (Beginning), Feder (Pen), In zikh (Introspective), Shriftn (Writings), Loglen (Skins), and Unzer bukh (Our book)—in New York; Kultur (Culture) in Chicago; and Onzog (Message) and Di naye tsayt (The new time) in Montreal.  He edited Loglen (together with Yankev Glatshteyn) and the journals 1925 and 1926 (together with N. B. Minkov); coedited Kern (Kernel); and served as an editorial contributor to the quarterly Bodn (Ground).  In book form he published: Egoemen un andere lider (Egoemen and other poems) (New York, 1922), 63 pp.; Vazon (Vessel) (New York, 1928), 64 pp.; Protsesyes un andere lider (Processions and other poems) (New York, 1932), 160 pp.  He translated from English: James Branch Cabell, Jurgen, A Comedy of Justice (New York, 1926), 313 pp.  The last twenty years of his life, Likht suffered from a severe heart ailment and was nearly an invalid, but disregarding his difficult physical condition, he was until the final days of his life intellectually sound and artistically creative.  He read and wrote a great deal, and evinced a vivid interest for all events in the realm of painting and music.  He died in New York.  Thanks to the indefatigable caring of his widow, Evelyn Markon-Likht, and his closest friend the poet and critic N. B. Minkov, after his death his later work, both poetry and prose, was published (by the publisher “Gelye” in Buenos Aires), and it included as well his earlier collections: Letste lider (Last poems) (1954), 94 pp.; Nit tsu dertseyln (Not to recount) (1955), 108 pp.; Velvl goth (Velvl Goth) (1955), 204 pp.; Af di randn, vegn literatur (At the edges, concerning literature) (1956), 177 pp.; Gezamlte lider (Collected poems) (1957), 395 pp.  His translations include: Moderne amerikaner poezye (Modern American poetry) (Buenos Aires, 1954), 72 pp.  “Likht’s style,” noted N. B. Minkov, “is an impressionistic one.  His poems, though, differ from the impressionist poems of his contemporaries.  They are indeed subjective, although the images are original and the form—free verse….  Likht loved to polish his poems.  He enjoyed eliciting from the poems just what he wished to express.  Not just a close word, not a quasi-image, but to elicit precisely the right one—that was his dream.” 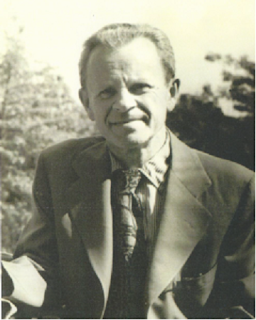