ELYE (ELIAS) LIPINER (February 23, 1916-April 26, 1998)
He was born in Khotin (Khotyn), Bessarabia.  He studied with his father, an itinerant elementary school teacher, and with other such teachers, and he studied secular subjects as well.  While young he worked in a publishing house.  He made his way to Brazil in 1935, where a sister of his was living.  For a time he worked as a peddler but he had no success with it.  He went on to serve as editor of San pauler yidishe tsaytung (São Paolo Yiddish newspaper).  He then became a teacher of Yiddish and Hebrew at the school “Hateḥiya” (The revival).  When the government of Getúlio Vargas published a decree that teachers at Jewish schools had to possess a diploma from a general middle school, Lipiner learned Portuguese and passed the examination.  In 1941 his book Oysyes dertseyln (The letters explain) appeared with the subtitle: “Vor un legende in der geshikhte fun yidishn alef-beys” (Reality and legend in the history of the Jewish alphabet) (São Paolo, 119 pp., with drawings by Lazar Segal), an overview of the history of square script, its origins, development, symbolic meaning, the legends around the letters according to the Kabbala and Talmud, and more.  Expanded and deepened, it was reprinted under the title Di geshikhte fun a fargetert ksav (The history of an idolized writing) (Buenos Aires: YIVO, 1956), 331 pp.  Around 1944 when Yiddish was forbidden in Brazil, for a time he was the unofficial editor of the Portuguese Jewish weekly (Where will we go).  He also wrote for the journal Ineynem (Altogether) in Buenos Aires, a publication of the Culture Congress, and elsewhere.  He studied law in Rio de Janeiro and graduated as a lawyer.  After acquiring a thorough knowledge of Old Portuguese, he began researching Old Portuguese documents concerning Jews in Portugal and Brazil in the past, and the result was a book: Bay di taykhn fun portugal (By the rivers of Portugal) (Buenos Aires: YIVO, 1949), 331 pp., a rare contribution to Yiddish literature and to Jewish cultural and historical research.  “Elye Lipiner,” wrote Dr. Shimen Bernshteyn, “has enriched us with a gift, which will again warm the hearts of the Jewish research and reader….  With his scholarly erudition, with his lovely, fluid Yiddish, and fine, literary style, and with his rich bibliography and his numerous notes, he has presented us with a text that is truth, crisp and clean.”  This work was awarded the Louis Lamed Prize for 1949.  In 1950 Lipiner founded in São Paolo the newspaper Der nayer moment (The new moment), published at first twice weekly and later as a weekly, for which he served (1950-1952) as editor.  He also contributed the essay, “Yidn in brazil” (Jews in Brazil) for the Algemeyne entsiklopedye (General encyclopedia), "Yidn H" (pp. 385-98), was a contributor to the publications of YIVO in Argentina, and contributed a piece in the collection Undzer baytrog (Our contribution) (Rio de Janeiro, 1956).  By 1968 he was living in Israel, and in 1969 he graduated as a lawyer in Israel as well.  He published works of research in: Bay zikh (On one’s own), Goldene keyt (Golden chain), and Gesher (Bridge), among others, in Israel.  His books include: Ideologye fun yidishn alef-beys (The ideology of the Jewish alphabet) (Buenos Aires: YIVO, 1967), 596 pp.; Tsvishn maranentum un shmad (Between Marrano-hood and conversion to Christianity) (Tel Aviv: Perets Publ., 1973), 491 pp.  In Portuguese: Breve história dos judeus no Brasil (Short history of the Jews in Brazil) (Rio de Janeiro, 1962), 151 pp.; Os judaizantes nas capitanias de Cima (On Judaizers in the captaincies of Cima) (São Paolo, 1969), 223 pp.; Santa Inquisição, terror e linguagem (Holy Inquisition, terror and language) (Rio de Janeiro, 1977), 147 pp.; O tempo dos Judeus, segundo as Ordenações do Reino (The epoch of the Jews according to the king’s decrees) (São Paolo, 1982), 248 pp.; Gaspar da Gama, um converso na frota de Cabral (Gaspar da Gama, a convert in Cabral’s fleet) (Rio de Janeiro, 1987), 276 pp.; Izaque de Castro, o mancebo que veio preso do Brasil (Izaque de Castro, the young man who came to Brazil) (Recife, 1992), 321 pp.; As Letras Do Alfabeto Na Criacao Do Mundo : Contribuicao e pesquisa da natureza la linguagem (The letters of the alphabet in the creation of the world, contribution and research on the nature of language) (Rio de Janeiro, 1992), 133 pp.; O sapateiro de Trancoso e o alfaiate de Setúbal (The shoemaker of Trancoso and the tailor of Setúbal) (Rio de Janeiro, 1993), 363 pp.; Gonçalo Anes Bandarra e os cristãos-novos (Gonçalo Anes Bandarra and the New Christians) (Trancoso and Lisbon, 1996), 245 pp.; Two Portuguese Exiles in Castile: Dom David Negro and Dom Isaac Abravanel, translated from Portuguese by Menahem Pariente (Jerusalem: Magnes Press, Hebrew University, 1997), 173 pp.; Os baptizados em pé, estudos acerca da origem e da luta dos Cristãos-novos em Portugal (The baptized on foot, studies on the origin and struggle of New Christians in Portugal) (Lisbon, 1998), 492 pp.  And, a posthumous Festschrift: Em nome da fé, estudos in memoriam de Elias Lipiner (In the name of faith, studies in memory of Elias Lipiner), eds. Nachman Falbel, Avraham Milgram, and Alberto Dines (São Paolo, 1999), 279 pp.  He was a recipient of the Manger Prize.  He died in Israel. 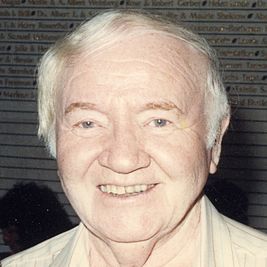