VIKTOR GOLOVTSHINER (GOLOVTCHINER) (b. June 28, 1905)
He was born in Minsk, Byelorussia, the son of a Hebrew teacher.  His mother was a music teacher.  He graduated from the fifth class in senior high school.  While still a student he manifested an interest in theater.  At the age of thirteen he participated in theatrical performances in Russian and Byelorussian.  In 1921 he joined the National Jewish Theater Studio of Byelorussia.  In 1926 he became an actor in the Minsk Jewish state theater.  Later he became director of a Yiddish troupe, and he soon demonstrated himself to be a capable director.  When his troupe fell apart, he directed plays for the Minsk theater.  The critics appraised him as a director with considerable theatrical culture and with a fine, artistic taste.  One should also add of his that he popularized Yiddish theater not only among Jews but among other peoples in Soviet Russia as well.  He wrote the plays: A lektsye fun lebn (A lesson from life), Yorshim (Heirs), and Groysmutikeyt (Great encouragement [concerning the Paris Commune]), among others.  He wrote “Di geshikhte fun vimt” (The history of the Byelorussian Jewish State Theater) for the yearbook Yidish teater (Yiddish theater).  During WWII, the government of the Byelorussian Soviet Republic gave him the title of “Folk Artist.”  His subsequent career remains unknown. 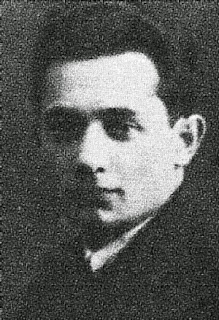