PINKHAS GOLDHAR (June 14, 1901-January 25, 1947)
He was born in Lodz, Poland, into a family of merchants.  His father was a follower of the Jewish Enlightenment and belonged to the Lodz “lovers of Zion” (Ḥoveve-tsiyon [early Zionists]).  He received a Jewish and secular education, graduating from Dr. Broydes’s Hebrew high school in Lodz, and he studied journalism at the Warsaw “Wolna Wszechnica Polska” (Free Polish University).  He was active in the youth movement of the Left Poale-Tsiyon in Lodz and in Warsaw.  In 1928 he emigrated to Australia, where he worked as a peddler, later a laborer and co-owner (together with his father) of a factory in Melbourne, and at the same time devoted a great deal of energy to ploughing the raw field of local Jewish culture and literature.  He was the editor of the first Yiddish weekly newspaper in Melbourne, at which he himself helped set type, as there were still insufficient numbers of Yiddish typesetters in that country.  He began writing while still in high school.  He belonged to the Lodz group of young poets.  His first major work was a one-act play that he published in a short book that he published with A. Alpert, Zalbe tsveyt (Two of them) (Lodz, 1921); the next year he published a poem in Toyz royt (Red ace) in a special issue (Lodz, 1922).  He later published poetry in S’feld (The field), Shvel 2 (Threshold 2), and Vegn (Pathways) in Lodz, 1923-1924.  He also published the poem Der letster polonez (The last polonaise) (Lodz, 1923), 48 pp.  He was a contributor to Lodzher tageblat (Lodz daily newspaper), in which he published articles on various themes.  His first effort at prose was “Dos glik” (Good fortune), an Egyptian story, published in Der fraytog (Friday) in Lodz-Warsaw, issue no. 3 (1924).  All of Goldhar’s subsequent stories which excelled in their heightened, artistic maturity were composed in Australia.  His story “Der pionir” (The pioneer) was published in the first Yidish-oystralisher almanakh (Yiddish Australian yearbook) (1937).  In 1939 he published a volume entitled Dertseylungen fun oystralye (Stories from Australia) (Melbourne, 1939), 161 pp., in which he described the moods and feelings of Jews in Australia, who had been uprooted from their older surroundings and still were yet not settled in their new surroundings.  This book was warmly received by Jewish critics in many countries.  He also contributed to the editing of the second Yiddish Australian almanac, the anthology Tsushtayer (Contribution) (Melbourne, 1938), and the monthly Oyfboy (Construction) (Melbourne, 1945-1952) in which he published polemical articles concerning Yiddish and Jewish culture under the title “Yidisher antisemitizm” (Jewish anti-Semitism).  He also did translations from English, a number of which appeared in his book Gezamlte shriftn (Collected writings) which appeared after his death (Melbourne: Friends of Yiddish Literature, 1949), 448 pp.  He died in Melbourne. 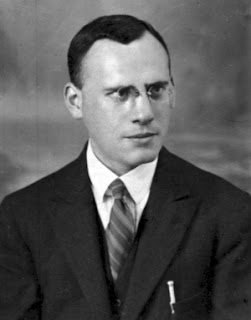