MOYSHE FAYNKIND (December 28, 1864-June 14, 1935)
The father of Nosn and Shloyme-Ber Faynkind, he was born in Turek, Kalish (Kalisz) district, Poland.  He studied in religious elementary school and yeshivas, as well as with private tutors.  In 1883 he moved to Berlin.  He studied history, philosophy, and Jewish studies at Hildesheimer Rabbinical Seminary.  In 1886 he was expelled for organizing a demonstration against the Russian ambassador.  He went on to live in Turek, Lodz, and later Petrikov (Pietrykaŭ).  For a time he worked as a private tutor and later as a private lawyer.  He was active in the Zionist movement and served as a city councilor on the Pietrykaŭ city council and Jewish community council.  He led a struggle there for the rights of the Yiddish language and culture.  He began his literary activities with translations into Hebrew of works by the German classic writers.  From 1884 he contributed historical, scholarly, and journalistic articles, folktales, legends of the Jews in Poland, feature pieces, and descriptions to: Hatsfira (The siren), Tsien (Zion), Unzer lebn (Our life), Dos folk (The people), Shul un dertsiung (School and education), and the like in Warsaw; Yivo bleter (Pages from YIVO) in Vilna; and Der fraynd (The friend) in St. Petersburg.  In 1912 he became a regular contributor to Lodzer tageblat (Lodz daily newspaper).  From 1916 until his death, he wrote for: Lodzher folksblat (Lodz people’s newspaper), Unzer togblat (Our daily newspaper), and Nayer folksblat (New people’s newspaper), among others, in Lodz; and Lemberger togblat (Lemberg daily newspaper), of which he also was editor (1916-1918).  He also wrote for German Jewish and Polish Jewish journals.  He prepared for Zvi Hirsh Grets (Heinrich Graetz) a German translation of materials for the history of Jews in Poland and Russia.  He was editor of the daily Di petrikover shtime (The voice of Pietrykaŭ) in 1914 and of the weekly paper Di yudishe velt (The Jewish world) in 1924, as well as Di tsayt (The times), Naye tsayt (New times), and Głos żydowski (Jewish voice) in 1917—all in Pietrykaŭ.  In book form: Di kuzrim (The Khazars), a poem (1910), 24 pp.; the series in booklets, “Af poylishe felder” (On Polish fields), (a) Perele di kozhenitser rebetsin (Perele, the wife of the rabbi of Kozienice), (b) Ger-tsedek fun vilne (The holy convert of Vilna), and (c) Henele di kale fun kenig zigmunt (Henele, wife of King Sigmund), each 16 pp.  He authored a constitution for the Jewish community of Poland (now held in the YIVO archives in New York).  He died in Pietrykaŭ.  After his death, his children published a portion of his literary heritage: Gute yidn in poyln (Good Jews of Poland) (Warsaw, 1936), 399 pp.; Froyen rabonim un barimte perzenlekhkeytn in poyln (Women rabbis and celebrated personalities in Poland) (Warsaw, 1937), 397 pp.; Der poylisher yid (The Polish Jew) (Warsaw, 1938), 395 pp.; Yidn fun amol un haynt (Jews then and now) (Warsaw, 1939), 400 pp.; and in Visnshaftlekhe shriftn (Scholarly writings) (Lodz, 1938), a long work of his appears.  Throughout the years of WWII, works of his prepared for publication by Shloyme-Ber did not appear in print: “Zikhroynes fun der milkhome 1914-1918” (Memoirs of the war, 1914-1918), the war drama based on events of the time; “Der Spion” (The spy), a treatment in German on espionage; and his major work “Di geshikhte fun yidn in petrikov” (The history of Jews in Pietrykaŭ).  He also wrote under such pen names as: A. Rotman, Servus, Iks, and Moyshe Pinkuszon. 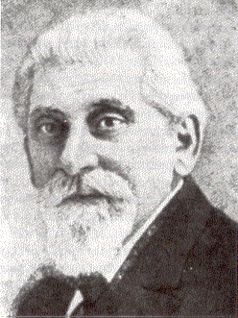