LEON FAYNER (1886-February 22, 1945)
He was born in Cracow, Galicia.  He came from a middle-class family, was raised in Polish and German, and worked as a lawyer.  In high school he joined the socialist movement.  For many years he chaired the Cracow Bund and was the leader of the local sports organization.  He was an active contributor to Sotsyal democrat (Social democrat), the central organ of the Jewish social democratic party, and he edited Nowe życie (New life) which the party published in Polish.  He translated into Yiddish Ernst Toller’s social dramas: Hinkeman (original: Der deutsche Hinkemann [Hinkemann, the German]), Der masn-mentsh (Man of the masses [original: Masse Mensch]), and Di mashinen-shturmer (The machine-breakers [original: Die Maschinenstürmer]).  He was one of the founders and leaders of the Cracow society, “Yidish teater” (Yiddish theater).  In 1920, together with a group of Galician Bundist activists, he was arrested and deported to a concentration camp in Dąbie.  He was voted onto the Cracow city council and contributed to the newspapers: Walka (Struggle), Kegen shtrom (Against the stream), Folkstsaytung (People’s newspaper), and Yugnt-veker (Youth alarm) in Warsaw.  In June 1939, on the eve of the German invasion of Poland, he was deported to the well-known concentration camp of Kartuz-Bereza, for having delivered a stinging speech against anti-Semitism at a meeting of the city council.  While smuggling across the Soviet-Lithuanian border through Lida, on June 19, 1940 he was arrested and sentenced to fifteen years.  In June 1941 when Nazi Germany invaded the Soviet Union, he was among a group of political prisoners whom the N.K.V.D. hastily brought out into the courtyard of prison to execute, but at the last minute an order arrived to free them.  Fayner then left for Warsaw.  Remaining there on the Aryan sector, he soon established contact with the ghetto.  He was a member of the underground central committee of the Bund, and he wrote for the underground Bundist press.  He was one of the two Jewish representatives on the Aryan side in the “Council to Aid Jews,” to which representatives from a number of Polish parties belonged.  Through contacts with the Polish underground movement, he was successful in transmitting abroad his long detailed report on conditions in the ghetto and on the Bund.  He became perilously ill and died in a Lublin hospital. 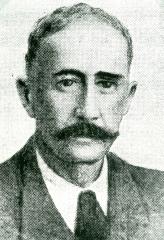