YOYSEF LERNER (YOSEF LARON) (1899-1974)
He was born in Trutina (Tarutino), Akkerman district, Bessarabia.  He attended high school in Odessa and later studied at Odessa and Petrograd Universities, graduating as a lawyer in Bucharest.  For a time he worked at the center for Zionist youth in Kishinev.  He subsequently traveled around old Romania, campaigning for the United Israel Appeal.  He was a member of the presidium of the first Jewish student conference in Bucharest (1921).  In 1923 he founded an Union of Zionist Youth (Tseire-Tsiyon) in Romania.  Over the years 1930-1934, he was a candidate for the Romanian parliament.  He participated in the seventeenth, eighteenth, and nineteenth Zionist Congresses.  He was a member of the presidium of the Jewish National Fund and chairman of the central Palestine office in Romania.  In 1938 he made aliya to Israel.  He worked in the executive of the Jewish Agency (1948-1949) for Latin America.  He wrote in Yiddish, Hebrew, Russian, German, and Romanian.  He published in: Erd un arbet (Land and work), organ of the Zionist Youth in Romania; Unzer tsayt (Our time), a daily newspaper in Kishinev; and Tribuna (Tribune) in Bucharest, in Romanian.  He also contributed work to: Der id (The Jew) in Kishinev; Dos fraye vort (The free word) in Czernowitz; Davar (Word) in Tel Aviv; and Morgn-zhurnal (Morning journal) in New York.  He also worked for ITA (Jewish Telegraphic Agency).  He died in Jerusalem.  Among his pen names: Y. Lomdn and Y. Lamad. 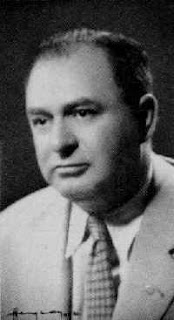