He was born in the Moldovan village of Stolniceni. His father died in 1949, and he spent his childhood years in the village of Costeşti on the Prut River. Aside from the years (1963-1968) in which he studied at the Tiraspol Pedagogical Institute, he lived from 1953 through 1981 with his mother in the town of Edinet in northern Moldova. For a fair amount of time, he worked as a teacher of physics and mathematics. From 1981 he was in Kishinev. Over the years 1989-1991, he studied in the higher literary course at the Gorky Institute of Literature in Moscow. In 1999 while working in the Moldovan Academy of Sciences, he defended his dissertation and received his title of “doctor of philology.” His thesis was concerned with the writings of Eliezer Shteynbarg. Over the years 1992-2000, he worked at the Moldovan State University as a teacher of Yiddish and Yiddish literature. In 2000 he and his family made aliya to Israel.

He began publishing in Yiddish in the journal Sovetish heymland (Soviet homeland) in 1982. He published the poetry collection: A yidishe regn, lider (A Jewish rain, poems) (Tel Aviv: Perets Publ., 1996), 110 pp.; Russian translation by Rudol'f Ol'shevskii, Evreiskii dozhd' (Kishinev: Liga, 1997), 143 pp. In 1999 his scholarly monograph on Shteynbarg appeared in print: Evreiskii basnopisets i mudrets Eliezer Shteinbarg (Eliezer, Shteynbarg, writer of Jewish tales and sage) (Kishinev: Ruxanda), 241 pp. He has continued publishing in a variety of Yiddish publications. His poems have been translated into Russian, Romanian, German, and English. Most recently, he prepared for publication: Amol breyshes, geklibene lider un poemes, 1982-2007 (Once upon a time in the beginning, collected poetry, 1982-2007) (Tel Aviv: Leivick Publ., 2008), 303 pp. He was last living in Bat Yam. 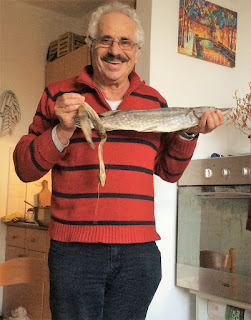