YITSKHOK LESH (ISADORE LASH) (October 6, 1887-June 28, 1948)
The adopted name of Yitskhok Leshtshinski, he was born in Kharkov, Ukraine.  He attended the yeshivas of Lomzhe, Radin (Raduń), Navaredok (Novogrudok), and Volozhin.  At age fifteen he joined a sister of his in the United States.  He studied at the yeshiva of Rabbi Yitskhok Elchonon in New York, and he later moved to Cleveland.  He worked as a prompter in the Yiddish theater.  He published poems and sketches in Fraye arbeter-shtime (Free voice of labor) and Yidishe tageblat (Jewish daily newspaper) in New York.  Later, he was a popular Yiddish playwright, and his melodramas and musical comedies were performed with great success on the Yiddish stage in New York, in the American hinterland, and in other countries as well.  He was assistant editor of Boris Tomashevsky’s journal Di idishe bihne (The Yiddish stage) and a member of the editorial collective for the first volume of Zalmen Zilbertsvayg’s Leksikon fun yidishn teater (Handbook of the Yiddish theater).  In book form: Lyovke molodyets (Young Lyovke), an operetta in three acts (Warsaw: Sh. Goldfarb, 1925), 54 pp., initially staged under the title Yoshke khvat (Dapper Yoshke); Afn veg keyn buenos ayres, unter der royter lamter (On the road to Buenos Aires, under the red lantern), in three acts (Warsaw, 1931), 41 pp.  Both plays were published anonymously.  He died in New York. 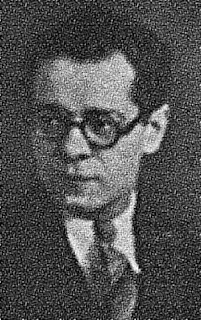