BERTE LELTSHUK (BERTHA LELCHUK) (b. May 1, 1901)
She was born in Pinsk, Byelorussia.  She received a Jewish and a secular education.  At age fourteen she ran away from home and became a teacher in a children’s home for Jewish orphans in Sokolov, and she later studied at a school of dentistry in Warsaw.  She also appeared on stage as an actress, primarily in one-act plays by Y. L. Perets and Avrom Reyzen.  Over the years 1920-1922, she worked as a dentist in a colony in Israel, later (1923) coming to the United States.  From 1920 she acted in both Yiddish and Hebrew theater and film, including with Maurice Schwartz’s Yiddish Art Theater.  She visited the Soviet Union in 1929.  She began writing stories for Morgn-zhurnal (Morning journal) in New York in 1925, and from that point in time she contributed stories and articles to: Literarishe bleter (Literary leaves) and Moment (Moment) in Warsaw; Frayhayt (Freedom), Morgn-frayhayt (Morning freedom), Der hamer (The hammer), Der tog (The day), Signal (Signal), Der amerikaner (The American), Fraye arbeter-shtime (Free voice of labor), and the almanac Yunyon skver (Union Square), among others—in New York; Der kamf (The fight) in Toronto; and elsewhere.  In book form: Shotns af der zun (Shadows on the sun), stories and sketches (New York, 1938), 111 pp.  From late 1940 she was living in California.  She acted under a variety of names in Hollywood films.  She wrote under such pen names as: Berta L. and L. B. 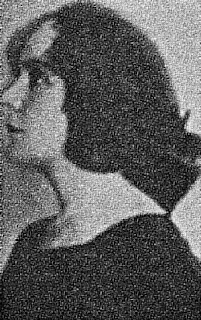