RIFOEL (RAPHAEL) LEMKIN (June 24, 1900-August 28, 1959)
He was born in Bezwodne (Bezvodnoye), Lemberg district, Galicia.  His father was engaged in farming.  Until age fourteen he attended religious elementary school, a Polish public school, and later a high school in Lemberg.  He studied law at the Universities of Lemberg and Heidelberg and received a doctor of law degree.  In 1926 he moved to Warsaw, supported himself giving lectures to Zionist groups, and later until the start of WWII he practiced law.  For a time he was the assistant prosecutor for a district court in Warsaw.  From 1925 to 1935, he was secretary of the committee to unify the state legislation in the different regions of Poland.  In 1933 he lectured at the League of Nations in Geneva on a project of a law that would prohibit genocide (in connection with the murder of Armenians in Turkey, Kurds in Iraq, and others).  In 1939, when the Nazis occupied Poland, Lemkin spent several months hiding in a forest, later living in Vilna for a time, and from there making his way to Sweden where he gave lectures at Stockholm University.  In 1941 he was invited to be a lecturer at the University of North Carolina in the United States.  He gathered together materials on the Nazi atrocities in occupied Europe and published them in his book, Axis Rule in Occupied Europe: Laws of Occupation, Analysis of Government, Proposals for Redress (New York, 1944), 674 pp. + 38 pp.  At the Nuremburg Trials against Nazi war crimes, he was an adviser to the American judges.  He was the author of the Genocide Convention which the General Assembly of the United Nations adopted at its session in Paris in 1948, and for which he was nominated for the Nobel Peace Prize in 1950 and 1952.  In the 1920s Lemkin was a contributor to Haynt (Today) in Warsaw, in which he published articles and had responsibility for a section entitled “Eytses fun an advokat” (Advice from a lawyer).  He also wrote pieces for: Parizer haynt (Paris today); Yoyvl-bukh fun haynt (Jubilee volume for Haynt) (Warsaw, 1928); Keneder odler (Canadian eagle) in Montreal; Idisher kuryer (Jewish courier) in Chicago; and elsewhere.  In book form in Yiddish: Di organizatsye fun di yidishe kehiles (The organization of Jewish communities), “community rules, election regulations, election procedures, decrees, commentaries, and sample documents” (Warsaw, 1928), 80 pp.  Dos industri-gezets (Industrial law), “the statutes of guilds and journeymen sections; the law on commercial travelers” (Warsaw, 1929), 193 pp. + 3 pp. (these books were of considerable help in the Jewish defensive struggle against anti-Jewish laws in prewar Poland).  In his last years, he served as professor of law at Newark Law School in Rutgers University.  He died in New York.  He left behind in manuscript in English: poetry about the Holocaust, portions of a work that dealt with the history of genocide from the time of Cain and Abel through our own days, and portions of his autobiography entitled “The Unofficial Man.”[1] 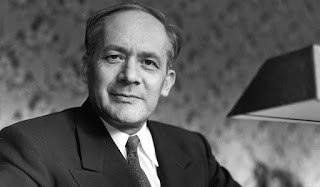