TULO (NAFTOLE) NUSENBLAT (NUSSENBLATT) (1895-1942?)
He was born in Stri (Struj), eastern Galicia.  He received a traditional Jewish education and also graduated from the municipal high school.  In his high school years, he belonged to the circle of “Bene tsiyon” (Children of Zion), and later to Hashomer (The guard)—later known as Hashomer hatsair (The young guard).  When WWI erupted in 1914, he was drafted into the Austrian army, was in the line of fire, was severely wounded, and for his heroism was awarded a silver medal.  After the war he stayed in Vienna, studied law at the University of Vienna, and received his doctor of law degree, though he never practiced law, instead turning to journalism and scholarly work, mainly a biography of Theodor Herzl and the history of Zionism.  A wealthy man, he traveled through cities and states to collect documents, letters, and everything that possessed the least connection to Dr. Herzl.  In 1938 when Austria became a part of Nazi Germany, he and his family took refuge in Poland, and he was able to get out with himself a portion of his rich document collection.  He traveled to his father-in-law in Dąbrowa Górnicza, near Będzin, and in 1939—one week before WWII was to begin—he and his wife and his entire family escaped to Warsaw.  He was later confined in the ghetto, and with Professor Shteyn and Menakhem Kirshenboym, he ran illegal Hebrew schools, collected and secreted documents and books, and at the time of the ghetto uprising fought against Germans from a hideout at Muranowska 42.  He was rescued from a burning house, but the Nazis captured him and deported him to the Lublin concentration camp, and there he was murdered.  He wrote most of his work in German.  His published books: Zeitgenossen über Herzl (Contemporaries on Herzl) (Brünn, 1929), 287 pp.—literary fragments, pictures, letters, and documents; Ein Volk untervegs zum Frieden (A people on the way to peace) (Vienna: Reinhold, 1933), 193 pp.—unknown archival documents concerning the life and activities of Dr. Herzl, Berta and Artur Baron von Suttner, Heinrich Coudenhove-Kalergi, and others, with pictures and facsimiles; Dos Theodor Herzl Jahrbuch (The Theodor Herzl annual) (Vienna, 1937), 336 pp.—with new materials for Herzl’s biography.  In Yiddish he published a research piece entitled “Mogn dovid” (Jewish [six-pointed] star), Yivo-bleter (Pages from YIVO) (Vilna) 13.5-6 (1938), pp. 460-67.  He also published in Tkhumim (Zones) and other Jewish and non-Jewish publications. 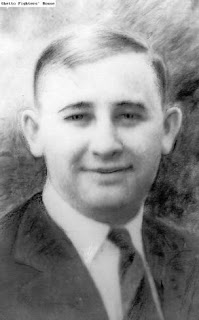