He was a poet, prose author, and playwright, born in Polonne, Volhynia, Ukraine, into a family of tradesmen, and he wrote about his hometown often in his poetry and autobiographies. In one of his last autobiographical works, written specifically for the Moscow State Literary Museum on August 15, 1947, he recounted: “The picturesque town of Polonne, in Volhynia, where I was born in 1895, was well-known for children’s toys which were sold principally at the train station, with the local tailors and with the grave of the celebrated commentator of the Bible.” The town indeed had a reputation for artistic toys made of clay: little hens, ponies, and jugs for flowers. As for the Bible commentator, there is the historical figure of “the Maggid of Polonne.” “It so happened that I was separated from the town at age ten, because of my father Dovid’s, in his youth a hard laborer, later a bookworm in the synagogue, and later still an itinerant teacher and laborer in a porcelain workshop, who was unable to support the family of nine souls.”

Perets was the fifth of seven children: five girls and two boys. He was given a very rare first name among Ukrainian Jewry, Perets, the same name as his grandfather who traced his pedigree back to Spain and where the name Perets was in widespread use. Among the many interpretations that the name evoked, one of them signified: to spread broadly, to break through, to germinate. Markish’s sister Yente recounted that, when this fifth child was born, their father declared: “That’s what we’ll call him—Perets, he should grow and germinate.” And, Yente went on to report: “Father was a man of considerable height, with a stately appearance and bright eyes. He had a sharp mind and was knowledgeable of old Yiddish literature. He would often lead us in conversations about the world, about the injustices and evil that reigned within it.” Their mother Khaye, the sister of Shimshn-Ber the tailor, was a humble Jew, a sincere and devoted woman to her children, always busy with her immense family. She knew numerous folk stories and folk aphorisms. She could never raise all of his children with delicious dishes, so she would calm them with wondrous tales of a prince with a princess.

So, until age ten he studied in religious elementary school and also with his father. From ages nine to eleven, he lived with his parents in the town of Romaniv. In his youth Markish had a gentle, sweet singing voice, and the local cantor, who lived next door to the Markishes, heard the youngster singing and sought to convince his father that he allow his son to be his assistant on the High Holidays. The wider world was delighted by Perets’s singing. When the news of this extraordinary voice of a ten-year-old boy reached the Berdichev cantor, he traveled to Romaniv, whence the Markish family had moved from Polonne and asked his father if he might entrust Perets to him as a chorister in his synagogue, promising additionally room and board. He then left home to spend three years studying under this cantor in Berdichev, before proceeding to Odessa.

At age fifteen he began writing poetry in Russian. He went on to spend several years as an external student in Odessa. “Odessa,” as he recounted in his autobiography, “was at the time the only large city in which Jews had the right to reside. The most prominent contributors to Jewish literature—Haim-Nahman Bialik, Mendele Moykher-Sforim, and Sholem-Aleichem—lived in Odessa then. I met Bialik there for the first time in his home. I worked in Odessa as a courier, porter, correspondent, bill collector, and teacher; I wrote poetry and studied with a dental technician in the hope of receiving a residence permit which Jews in that trade had.” Then, however, the imperialist war broke out in 1914, and he was drafted in 1916 into the Tsarist army and sent to the German front. He was wounded late that year; when he was discharged, he settled in Ekaterinoslav. Although he was not yet a poet, he had indeed written some poems: “I had been wounded and returned from the front in late 1916, and I was drawn in by the revolution. In 1917 I published my first poem, ‘Der kemfer’ (The fighter), in a newspaper also called Der kemfer, published in Ekaterinoslav. From that point, literature became my main profession. I am living in Moscow, working in the field of poetry, mainly in the epic genre. I’m also working in prose and playwriting. In the years of the war of the fatherland, I was in the navy at the rank of a battalion commissar.” Attaching a brief note to his most important work, he added: “Awarded a Lenin Prize and medals.” This would probably be enough for a museum, but the autobiography needed much more detail about the writer’s life and work.

Debuting in print with the poem “Der kemfer,” he arrived in Yiddish literature like a wind, like a storm, that overwhelmed the entire world. His very first poems demonstrated that a new strength had come to Yiddish poetry. In 1918 his poem “Volin” (Volhynia) appeared, and then one after the next a series of his poetry collections were published and made a significant place for himself in the upper rungs of modern Yiddish poetry. From 1918 he was closely associated with the group of Yiddish writers in Kiev, in which he was allied with two highly popular poets of the “Kiev group”: Dovid Hofshteyn and Leyb Kvitko. His first collection of poems appeared as a book in 1919 Shveln (Thresholds) (Kiev: Yidisher folks-farlag), 163 pp., which established him as one of the most important young Yiddish poets in Ukraine. Critics received his first book, as well as all of his subsequent books, both positively and negatively. Yekhezkl Dobrushin wrote of his first book: “Young and impetuous has Markish come in a reckless and free manner to tell us his youthful truth, while disclosing thereby all of the merits and defects of his raw, still undeveloped talent…. He came to our literature without any heritage, unconnected—absolutely unconnected—to any segment of the Jewish or Gentile past or present…. Markish begins his story, the story of his ‘I,’ from his own self. He is himself the center of his talent, the center of his poetic impulse.” These early years for Markish coincided with the civil war in Russia and passionate searching on his part. The world in which he was making his first poetic steps was too crowded for him, and so he set out for the wider world.

In late 1921 Markish left Russia and traveled to Poland where he fell into a thriving creative environment. There, in Warsaw, he published in 1922 his poem Di kupe (The pile), a monumental artistic picture of the pogroms against the Jews in Ukraine, with the dedication: “To those of you slaughtered in the ‘pile,’ in Horodishche [Gorodishche], the city by the Dnieper [River]—kaddish!” He also published that year the poetry collection Radio (Radio). Together with Uri-Tsvi Grinberg and Meylekh Ravitsh, he founded and edited the anthology Khalyastre (Gang) (Warsaw, 1922); he was in contact with Yiddish writers in Moscow and published poems in the journal Shtrom (Current). From Warsaw, he made trips to Paris, Berlin, London, Madrid, and Jerusalem, and this found a reflection in his poetry and his literary essays. In the early 1920s, he contributed poetry, essays, and articles (also using the pen name D’em) in various Yiddish newspapers and anthologies in Russia, Poland, and the United States, such as: Ringen (Links), Bikher-velt (Book world), Folks-tsaytung (People’s newspaper), Vilner tog (Vilna day), Shtrom in Moscow, and Tsukunft (Future) in New York, among others. Together with Nakhmen Mayzil and other pen pals of many years, in 1924 he became a member of the editorial board of the Warsaw newspaper Literarishe bleter (Literary leaves); he also appeared publicly in various Polish cities to give lectures on literary topics, such as modern poetry, or recite his own poems; these events were very popular in Yiddish cultural circles and took place before packed rooms. He was homesick, though, for Russia and was dazzled by the apparent possibilities to develop Yiddish culture there on a broad scale and with the support of the state.

In late 1926 he actually did return and settled, initially, in Kharkov, later in Moscow. Adapting to Soviet realities proved very difficult for him, as he soon discovered that there was no freedom of creative work under Soviet conditions. He was officially rebuked for indulging in publishing a few items in the foreign Yiddish press. His story “Khaveyrim kustarn” (Comrade artisans)—published in the Kharkov journal Di royte velt (The red world) 10-11—was reprimanded as an “ideological deviation”; it “introduced an ideological crippling,” and “from this one can learn how one ought not write on contemporary themes”; and that this is generally “a caricature of Soviet reality.” Markish, nonetheless, continued to work intensively. In 1929 he published his novel Dor oys dor ayn (Generation out, generation in) and his poem Brider (Brothers) which he had begun to work on while still in Poland. He also brought out the poetry collection Farklepte tsiferblatn (Sealed dials), a poem of some magnitude about the land of Israel. And, once again, he was sharply criticized. They complained, for example, that the revolutionary heroes in Dor oys dor ayn and Brider were ideologically fettered with “ethnic limitations” and they were “almost completely Jewish.” Markish tried to repudiate these silly objections, changing several places in subsequent editions, and according to the first part of Dor oys dor ayn, he wrote a play entitled Der moltsayt (The banquet), and it was produced in a series of Yiddish state theaters.

In the 1930s and the first half of the 1940s, Markish was very prolific, publishing a large number of poems, prose works, and dramas. In 1933 he brought out the first volume of poems of his collected works, as well as a volume of plays—Nit gedayget (Don’t worry), Finfter horizont (The fifth level), and Ver vemen (Who to whom? [Kto kovo?]). His play Mishpokhe ovadis (Family Ovadis)—published in the journal Sovetish (Soviet) 6 (1938)—was staged in a succession of state theaters. In 1939 he was awarded the highest Soviet state distinction: the Lenin Prize. His membership for candidacy was accepted for the Communist Party. In May 1941 his new play Kol nidre (All vows) was performed in Russian theaters in Moscow, Leningrad, and Kiev. During the years of WWII, he took an active role in community and literary life—in the Jewish Anti-Fascist Committee, the Moscow State Theater, the Yiddish section of the writers’ association, editor of such anthologies as Tsum zig (To victory) (Moscow: Emes, 1944) and Farn heymland in shlakht! (For the homeland in battle!) (Moscow: Emes, 1941); and he was later a member of the editorial board of the almanac Heymland (Homeland) (Moscow: Emes, 1947-1948).

His book Milkhome (War) remains a striking artistic monument to that time, an epic poem of over 20,000 lines, as well as his poem Tsu a yidisher tentserin (For a Jewish dancer) and his novel Trot fun doyres (The march of generations) about the heroic resistance in the Warsaw Ghetto. His play Der oyfshtand in geto (The resistance in the ghetto) was produced in Yiddish theaters, as well as in the Ukrainian theater in Proskurov. No one had the least doubt that Markish was a fierce patriot of his homeland. He was celebrating it even before returning from abroad, and he dedicated his entire body of work to it. He even published a major epic poem for Stalin. But this was not enough to save his own life. In the “Case of the Jewish Anti-Fascist Committee,” Markish was named as one of main persons accused. On January 27, 1949, at the time of the liquidation of Yiddish writers in Soviet Russia, Markish was among those arrested, and he was horrifically tortured in prison. At his show trial, he was compelled to deliver a dignified, hour-long speech, until he collapsed. He was later shot on August 12, 1952. 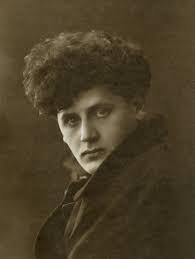