ADOLFO (AVROM) MIDE (b. October 17, 1894)
He was born in Warsaw, Poland.  He received a devout Jewish education.  In his youth he became acquainted with an amateur theatrical troupe, and traveled with them throughout the Polish provinces and towns.  In 1912 he acted in a professional capacity in various Yiddish theater troupes.  During WWI he was a prisoner of war in a camp in Wieselburg, Austria, where he assembled a troupe and performed theater.  In 1922 he made his way to Argentina, settling in Buenos Aires where he founded the first Yiddish actors’ association in Argentina.  He later worked as director of various theaters.  He published theatrical memoirs in Der shpigl (The mirror) in Buenos Aires and in other periodicals in South America.  In book form he published: Epizodn fun yidishn teater (Episodes from Yiddish theater), vol. 1 (Buenos Aires, 1952), 110 pp.  Through 1957 this volume went through four printings.  He was last living in Buenos Aires. 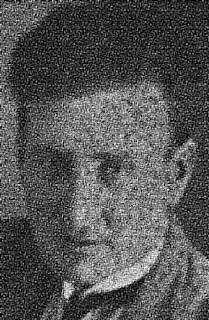