KHAYIM MUNITS (CHAIM MUNITZ) (1911-June 1942)
He was born in Braslav (Brasław, Brasłaŭ), Vilna region.  After the outbreak of WWI, he traveled with his parents to Kersht (Kerch), Crimea.  In 1921 he returned to Minsk, Byelorussia, where his father ran a religious elementary school.  Khayim studied with the oldest group of pupils.  In 1922 he went back to Braslav and attended the local Jewish public school.  He went on to enter the Vilna Jewish teachers’ seminary, while at the same time attending design school and studying cartographic work and photo touching up.  He graduated from the teachers’ seminary and worked as a teacher in the Braslav Jewish school.  He took part that year in an autobiography competition of YIVO in Vilna and won second prize.  In 1933 he worked together with a teacher named Biber on a Yiddish geographical atlas for Poland and supported himself with touch-up work in photographic portraits.  In 1937 he turned his attention to the second round of YIVO research students in Vilna, and over the course of the years 1937-1940, he prepared a research project entitled: “Di yidishe halboshe in mizrekh-eyrope in der ershter helft fun 19tn yorhundert” (Jewish clothing in Eastern Europe in the first half of the nineteenth century), accompanied by an album of drawings of Jewish clothing.  Of this entire project, one chapter was published: “Di vaybershe koptsirung” (Women’s head jewelry), in Dos tsveyte yor aspirantur (The second year of researcher students) (Vilna: YIVO, 1938), pp. 81-92.  Munits prepared the tables and painted the extracts from Mendele Moykher-Sforim’s work for the Mendele exhibition at YIVO in 1936.  He also prepared the notes for volume 5 of Filologishe shriftn fun yivo (Philological writings from YIVO): Yidishe folklor (Jewish folklore) (Vilna, 1938).  He also drew the map of the territory where the published folklore was assembled.  In addition, he drew the geographical maps of the collected materials for the YIVO questionnaire, “Min fun substantiv” (Gender of substantives).  He was also involved with illustrated Yiddish books, such as: the cover and illustrations of Dr. Max Weinreich’s Di geshikhte fun beyzn beyz (The story of the big bad Beyz) (Warsaw: Kinderfraynd, 1937).  Munits also wrote poetry.  His first poem, “Frost” (Freezing weather), was published in Vilner tog (Vilna day) (January 31, 1936).  In the collection In zikh (Introspective) 19 (New York, 1935), a poem of his was republished, in the series “Dos lid fun khodesh” (The poem of the month).  In 1938 he published a translation of Antoni Słonimski’s famous poem, “Tsvey foterlender” (Two homelands [original: “Dwie ojczyzny”]).  He was particularly active in the community in what was known in Vilna and the “Fraye shriftn” (Free writing) group of ethical socialists.  When the Nazis occupied Vilna, Munits returned to the city of his birth, Braslav, where he was appointed to serve as secretary of the Jewish Council, and he kept a diary of events.  He was murdered together with his wife and family during the massacre of Braslav Jewry in June 1942. 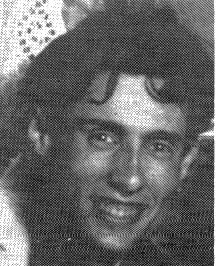