ELYE (ELIHU, LOUIS) BYELI (b. July 6, 1891)
Born in Bohopolye (Bogopol), Ukraine, he attended religious elementary school and a commercial school in Odessa.  In 1907 he emigrated to the United States.  He was an employee at Tageblat (Daily news), later head manager of the newspaper.  For many years he held positions at Morgn-zhurnal (Morning journal).  His first published writings appeared in 1907, a sketch in Tageblat.  Later he published as well in Morgn-zhurnal, Amerikaner (American)—sketches, feature pieces, theater criticism, and reviews.  In 1932 he visited Soviet Russia and published travel impressions.  He was living in New York. 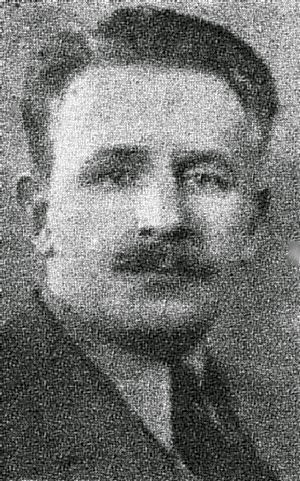