HENEKH KON (1890-April 20, 1972)
He was a composer, born in Lodz.  He received a religious education.  Over the years 1909-1912, he studied in Berlin at the Royal High School of Music.  In 1922 he participated with Moyshe Broderzon in creating the puppet theater “Khad-gadye” (An only kid), and in 1925 the Warsaw variety theater “Azazel”—and he wrote the music to accompany its plays.  He was associated with the “Yung teater” (Young theater) and “Ararat” in Warsaw.  In 1940 he came to the United States.  He published Lider far gezang un pyano (Songs for singing and piano) (New York, 1947), 79 pp.  He arranged and edited two albums with fifty songs which were sung in the ghettos (1953, 1960).  He wrote the music to works by a series of Jewish writers, such as: poems by Y. L. Perets; M. Broderzon’s libretto Dovid un basheve (David and Bathsheba); H. Leivick’s Maharam fun Rotenberg (The Maharam of Rothenberg); Sh. An-ski’s Dibek (Dybbuk); and Chaim Grade’s Der mames shabeysim (Mother’s Sabbaths).  He wrote a great deal about theater and music in the Yiddish press: Yung-idish (Young Yiddish), Nayes folksblat (New people’s newspaper) in Lodz, Literarishe bleter (Literary leaves), Forverts (Forward), and elsewhere.  He died in New York. 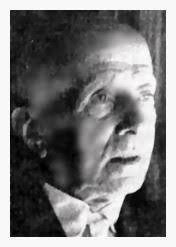