DAN-PINKHES KAPLANOVITSH (December 12, 1880-September 26, 1932)
A storyteller, feuilletonist, and translator, he was born in Vornyan (Voroniai), Vilna region.  He was orphaned early on and raised in poverty.  He attended religious elementary school and the Smargon yeshiva.  In 1899 he moved to Vilna and took up a general education as an external student.  He passed the examinations for four years of high school and became a private tutor.  Over the years 1903-1905, he was deported to Siberia for his revolutionary work.  He debuted in print in 1904 in St Petersburg’s Fraynd (Friend) with an image of life in exile.  He went to published there stories, sketches, and impressions, as well as in other serials: Dos yudishe folk (The Jewish people), Folkstsaytung (People’s newspaper), Yudishe virklikhkeyt (Jewish reality), Lekoved peysekh (In honor of Passover) in 1908 (edited by H. D. Nomberg), Leben un visenshaft (Life and science), Di yudishe velt (The Jewish world), Tsukunft (Future), and Dos naye leben (The new life) in New York, among others.  In 1901 he began writing, under the pen name DON, weekly features in the Vilna dailies Der tog (The day) and Der shtern (The star).  He published, 1911-1912, in Odessa’s Der id (The Jew) and Tsaytigs (Mature).  In 1913 he edited Byalistoker togblat (Bialystok daily newspaper); in 1914 he co-edited the Vilna daily Dos folk (The people); over the years 1916-1918, he was one of the principal contributors to Vilna’s Letste nayes (Latest news), for which he wrote feature pieces and articles on political and Jewish community topics, as well as numerous translations.  He later wrote for Unzer fraynd (Our friend) in Vilna and from 1924 for Di tsayt (The times) of which he was the actual editor.  His books include: Shriften (Writings), stories and sketches (Vilna: Di velt, 1909), 130 pp., second edition (Warsaw, 1910); Eynzame mensh, dertseylungen un humoreskes (Lonely man, stories and humorous sketches) (Vilna, 1920), 80 pp.; Khaveyrim (Friends), a story (Vilna: B. Kletskin, 1920), 24 pp.; In a fargliverte shtot, vilne unter di daytshn, bilder un humoreskn (In a hardened city, Vilna under the Germans, images and humorous sketches) (Vilna, 1921), 128 pp.  Kaplanovitsh’s comedy Di yerushe (The inheritance) was staged in Vilna in 1918.  His translations include: Zikhroynes fun a nikolayever soldat (Memoirs of a Nikolas soldier) (Vilna: B. A. Kletskin, 1921), 106 pp.; E. Pimenov, In dem land fun eybikn ayz (In the country of eternal ice) (Vilna: B. A. Kletskin, 1922), 94 pp.; Mark Twain, Yunge gazlonim (Young thieves [original: Tom Sawyer]) (Warsaw: B. Shimin, 1923), 140 pp.  Many of his translations appeared in Vilna’s Letste tsayt: Hermann Sudermann, Geshikhte fun a shtiler mil (Story of a silent mill [original: Die Geschichte der stillen Mühle]); Arthur Conan Doyle, Der hunt fun baskervil (The Hound of the Baskervilles); Peter Kropotkin, Zikhroynes fun a revolutsyoner (Memoirs of a revolutionary); stories by Chekhov, Stefan Żeromski, de Maupassant, and others.  In the words of Zalmen Reyzen: “As a storyteller, Kaplanovitsh belongs to the realistic strain in Yiddish literature….  His stories depict the…lives of little people from small Jewish towns or big cities with their troubles, with their loneliness, with the entire sadness of their commonplace lives.  He has an acute eye, a sincerity of tone, and a sense of humor.”  He died in Vilna. 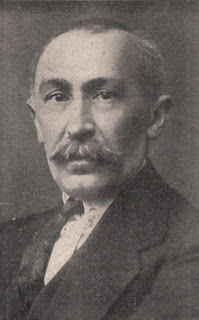