YEHUDE AVIDA (ELZET) (January 8, 1887-September 21, 1962)
Yehude Avida is the adopted name of Rabbi Yehude-Leyb Zlotnik (Yehude Elzet).  Born in Plock, Poland.  When he was three years old, his father, Avrom-Yitskhok, passed away, and he was educated by his mother, Khane-Nekhe, who had to support the ten surviving orphans.  He studied until age ten in religious schools, thereafter with his brother, Yoyne-Mortkhe, who was the rabbi in the shtetl of Zakrotshim (Zakroczym).  In 1910 he passed the government examination and left to study at the yeshiva in Volozhin.  He was forced by illness to interrupt his studies in Volozhin, and in 1911 he was selected as the rabbi in Gombin, Poland where he lived until the end of 1919.  In 1920 he founded the Mizrachi organization in Poland, becoming its secretary general, and thus he settled in Warsaw.  He served as a delegate to the Zionist congresses in 1920, 1921, 1929, 1931, and 1935.  On assignment for Mizrachi, he traveled to a number of countries.  At the end of 1920 he was selected as president of Mizrachi in Canada, and he settled in Montreal.  In 1925 he visited the Land of Israel and South Africa, 1935 Argentina, 1946 Australia—all in the service of the international Zionist movement.  From 1938 to 1949, he became the head of Jewish education in Johannesburg, South Africa, and from June 1949 in Israel.

He began writing at age seventeen.  He wrote in Hebrew a biography of Jesus of Nazareth, but because of censorship it was not published.  He also wrote poems in Hebrew and Yiddish.  Some of them appeared in Hakol (The voice, Warsaw, 1899).  In 1915 he published articles about the Zionist program as well as about Jewish folklore in Lodzher folksblat (Lodz people’s news) under the pseudonym Yehude Elzet; and he published tracts in Moment against those “faithful Jews” (shlemei emunei yisroel) for their anti-Zionism.  He issued brochures in Hebrew and Yiddish, such as: Religye, natsionlizm un tsienizm (Religion, nationalism, and Zionism) (Warsaw, 1918), 20 pp. which came out several times; Tsu der religyezer yungt (To religious youth) (Warsaw, 1918), 46 pp.  Avida was the author of a large number of brochures and books in various languages—in Yiddish: Undzere flikhtn in yetstikn moment (Our duty at the present time) (Warsaw, 1917), 17 pp.; Der mizrekhi (The Mizrachi) (Warsaw, 1919), 14 pp.; A por verter tsu di yidishe froyen un tekhter (A few words for Jewish wives and daughters) (Warsaw, 1918), 12 pp.; Zu undzere brider—ortodoksn (To our brothers—Orthodox) (Warsaw, 1919), 32 pp. (several editions); Bialiks trern (Bialik’s tears) (Warsaw, 1918), 43 pp.; Der vunder-oytser fun der yiddisher shprakh (Wonderful treasures of the Yiddish language [part one: prayer]) (Warsaw, 1918), 93 pp.; Droshes (Sermons), vol. 1 (Warsaw, 1920), 20 pp.; Der menshlekhe kerper (The human body) (Warsaw, 1920), 118 pp.; Yidishe maykholim (Jewish foods) (Warsaw, 1920), 128 pp.; Khumesh-folklor (Pentateuchal folklore) (Warsaw, 1937).  He translated into Yiddish Y. Ch. Rawnitzki’s Briv tsu a shvester (Letters to a sister) (Warsaw, 1919), 22 pp.  He edited a number of newspapers and periodicals for Mizrachi, was a collector and researcher into Jewish folklore, and worked with Noyekh Prylucki on the latter’s anthologies (1912 and 1917).  He also worked with YIVO bleter and authored articles on Yiddish and Hebrew literature for various other newspapers in Yiddish, Hebrew, English, and Polish.  He published folklorist work in such Hebrew newspapers as: Sinai, Reshumot (official gazette of the Israeli government), Bet Hilel (School of Hillel), Yerushelayim (Jerusalem), Sefer Yosef (The book of Joseph), and Yeda am (Folklore); in Yiddish: Goldene keyt (Golden chain), among others.  He published with introductions and annotations an old Yiddish manual for letter writing: Mit hundert yor tsurik (One hundred years ago) (Montreal, 1927) and “Shloymes lid fun lider” (Solomon’s Song of Songs) (Montreal, 1932). He died in Jerusalem. 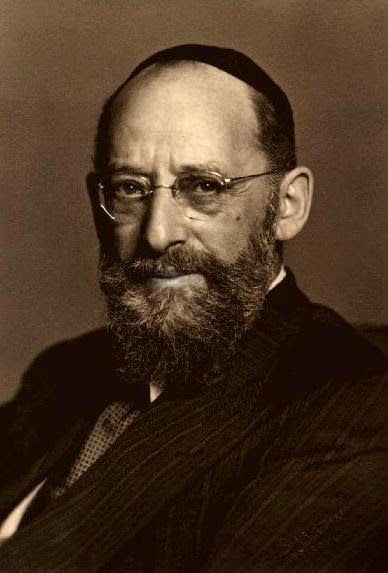