ARI EVEN-ZAHAV (IBN-ZAHAV) (November 20, 1899-October 21, 1971)
Pen name of L. Goldshteyn (Goldstein), he was born in Grayeve (Grajewo), Poland, in a merchant family.  He received a traditional Jewish education.  From his earliest years in his parents’ house, he absorbed a love for the Land of Israel to which his entire family later made aliya.  After WWI he went to study in Germany, spent time in a high school in Magdeburg and then university in Leipzig.  In 1922 he cut short his studies, made aliya, and settled in Jerusalem.  He served as the secretary to the Hebrew University from 1924-1926.  Together with Dr. Judah (Yehudah-Leyb) Magnes, he founded the Hebrew University Press.  On behalf of Hebrew University, he made several trips abroad; in the 1940s he spent several years in the United States.  In his youth while still in Grayeve, he began to write Hebrew poems, edit and publish a handwritten journal Hanoar (Youth), and later participated in work on the German-Jewish periodical Jüdischer Almanach (Jewish almanac) and Jüdische Rundschau (Jewish review).  In Israel, he became a well-known Hebrew novelist, poet, and dramatist.  His books include, among others: Betokhekhi yerushalayim (Inside Jerusalem) (Jerusalem, 1927); Besha’ar-ami yerushalayim (Inside the gates of the people of Jerusalem) (Tel Aviv, 1928); At, yerushalayim (Thus, Jerusalem) (1940); a play, Yom Yerushalayim (Jerusalem day) (Tel Aviv, 1937); Meginze yerushalayim (From the archives of Jerusalem) (1925); a historical novel, Yeme david (In the days of David) (Jerusalem, 1929); and the tragedy Hevel (Vanity) (Tel Aviv, 1934), which concerned human violence from biblical times until our own age at present.  He also wrote a great deal about the war and the Holocaust, about the war in the Land of Israel, and a number of works for youth.  He wrote studies of Shakespeare’s “Shylock” as well as a novel entitled Shailok, hayehudi mevenetsyah (Shylock, the Jew from Venice) which was turned into a drama and produced for the stage.  Even-Zahav immortalized the Jews of Grayeve in his folkloristic trilogy Eleh mas’e hazapatim (The pitch workers) (Tel Aviv), which appeared in Yiddish under the title Di pekh-yidn (The pitch workers) (Warsaw, 1939), 187 pp.  In 1939 he published this work serially in Haynt (Today) out of Warsaw, which also published a considerable number of his Jerusalem poems in the style of N. Shternberg.  He also published in the Warsaw Haynt Yoyvl-bukh (Today, jubille volume) (Jerusalem, 1938) chapters from his book Shishim shanah veshanah (Sixty years and years) about wagon drivers in Jerusalem.  Chapters from his Di pekh-yidn were published in Grayever yizker-bukh (Grayeve memory book), edited by Dr. G. Gorin, Hayman Blum, and Sol Fishbayn (New York, 1950), pp. 123-58; Di pekh-yidn also appeared in Polish and in Hungarian.  He died in Tel Aviv. 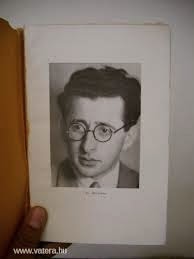